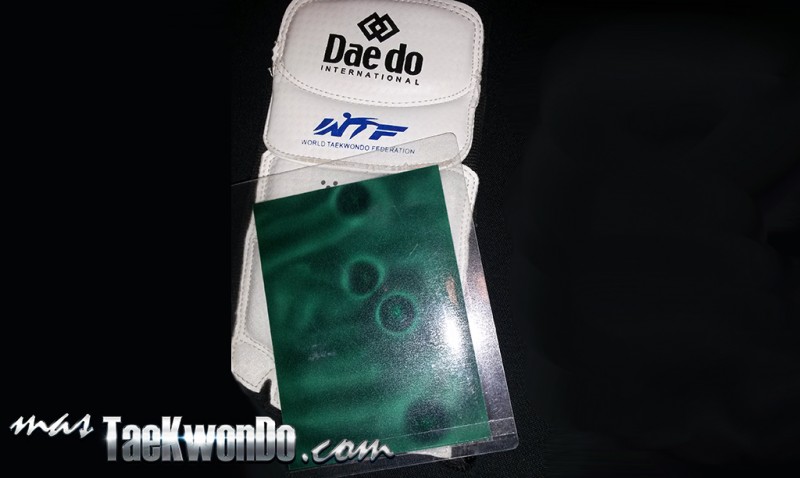 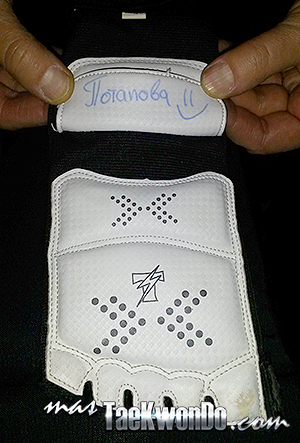 Aleksandra Potapova, under 73 kg division, of Russia tried to compete using fake sensing socks which had extra sensor chips, a situation that was immediately warned by the inspection table officers who reported this to the authorities of the event.

According to the information provided from within the organization, it is presumed that sensing socks were manufactured by a Chinese company that produces the fake versions of the original brand.

The persons responsible for the revision were able to notice the illegal version of the sensing socks due to some seams where the original socks do not have. Apart from this, they sensed sensor chips where usually there isn´t;  one of the two socks had an extra sensor chip in each toe, while the other one, as shown masTaekwondo.com exclusively for the world, had the extra sensors distributed throughout the sock. When the problem was detected and the authorities arrived at the scene of the events, what attracted wide attention was the decision made by them:  They just took the fake sensing socks and allowed the Russian athlete to enter the competition area.  Interestingly enough, when notified of the situation, the athlete was accompanied by her coach who had a couple of extra official socks as a replacement, a fact that shows a presumable premeditation of the act.

Let us recall that in 2010 during the Asian Games in Guangzhou, China, Yang Shu-Chun was disqualified in a similar situation but she was using an unapproved brand sensing socks and he was in a middle of the fight, after having passed the corresponding revision.  At that time, both the WTF and the ATU were decisive: “She is disqualified for cheating and not following the rules of fair play”.  However, in Vegas (an event ranked as G-2 by the WTF and therefore the most important in the American continent) there was any penalty, leaving unpunished a behavior that the WTF has that always repudiated which is not respecting fair play.

Before this situation we ask:  if an athlete is cheating and she is not punished, what is the example giving to the global Taekwondo community?

Perhaps the answer lies in the popular saying: “What happens in Vegas stays in Vegas”.

4 thoughts on “Fake sensing socks, "What happens in Vegas stays in Vegas"”