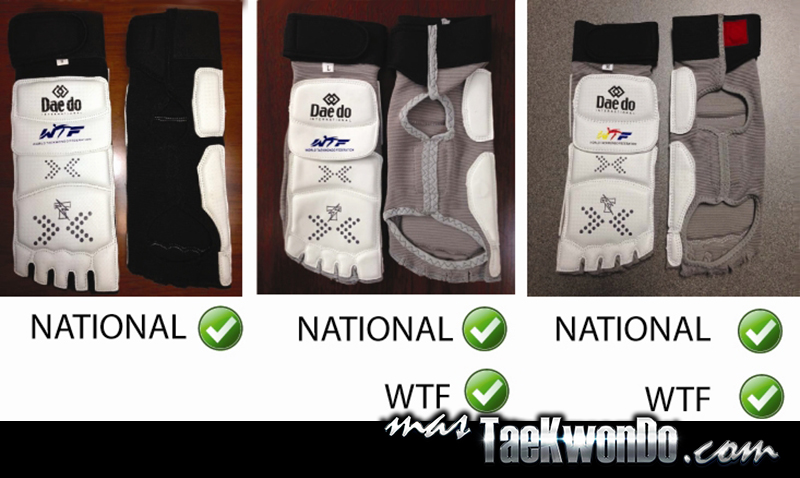 Since the creation of the 2G Black version, they have discovered some sensing socks altered or even forged.

At the London Olympic Games in 2012, a new version was introduced, and were given free of charge to all athletes, in order to avoid this problem in an event of such importance.

After these Games, Daedo stopped producing 2G Black versions and began to develop a system to assure the authenticity of the product.    The Gray 4G version is the latest version incorporating an NFC chip which assures the product is original.  The Gray 3G version is the intermediate version between the 2G Black and the 4G Gray versions.  The 3G Gray, known as the Olympic version, does not have the authenticity checking system.

Starting on the next World Junior Championship 2014 onwards, Daedo strictly will check sensing socks in all WTF official competitions (G- 1, G-2, etc.) in order to avoid the use of any fake or manipulated sensing socks using a system to check the authenticity, as we explained before.

While the WTF does not recommend the use of 2G Black version in WTF official competitions starting  March 1, 2014 onwards, as masTaekwondo.com informed in an article a few days ago (see Article)  WTF nor  Daedo will intervene in regional or national competitions, leaving the decision on which type of sensing socks to use to each National Federation or Association.

For the athletes´ sake, it is important to mention that the new sensing sock can be washed manually or in a machine as these socks do not have IFID chip, thus achieving longer lifetime. Regardless of this advantage, the use the same sensing socks in training and competition for more than 1 year is not recommended.

Daedo will be at Qualifying Tournament for the YOG Games and the World Junior Championship to be held in Taipei next March where Gray 4G versions will be available for sale.