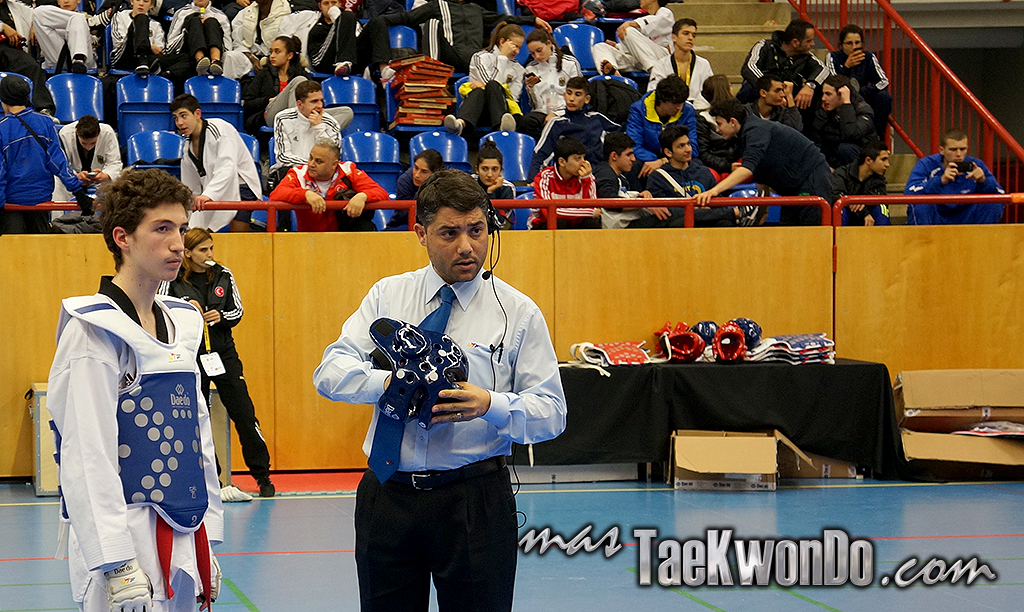 The electronic headgears functioned correctly without problems or anomalies, and they did not cause discomfort to the athletes during the competition. Due to the success of the test, there were very positive reactions from the competitors, coaches, spectators, and especially from referees and judges.

With the use of electronic headgears, kicks or punches to the head are immediately registered, and like the PSS, score automatically: facilitating the work of referees and judges.  By changing the level manually, it is possible to avoid scoring or giving points in confusing situations, eg light kicks or a simple touch.

During the first day of competition (February 8), there were head-scores in about 120 out of  the 170 combats that took place in the junior category.  Out of those scores, none were wrong – although in some cases the scores were revised due to the fact that some were done out of the competition rule.  In such cases, scores were canceled by decision of the judges or with the help of video replay.

In the 120 combats, there were however two different circumstances that must be acknowledged:  first, the headgear did not automatically score the point due to valid kick on the face (part not covered by the headgear) and second, there were kicks on the headgear that were not scored due to the fact that the kick was done by a part of the foot not covered with the sensor socks.   In both cases though, the points were finally scored with the support of the video replay and judges’ decisions.

Before tests were carried out in competition, Mr. Chakir Chelbat (Chairman of the WTF Refereeing Committee) explained the rules to the referees and judges. If a valid point to the head is not conferred by the electronic headgear, they are allowed to request the video replay to check the action. In addition, coaches can request video replay if they think that referees cancel certain points by mistake, or a rival got a point our of the competition rules. 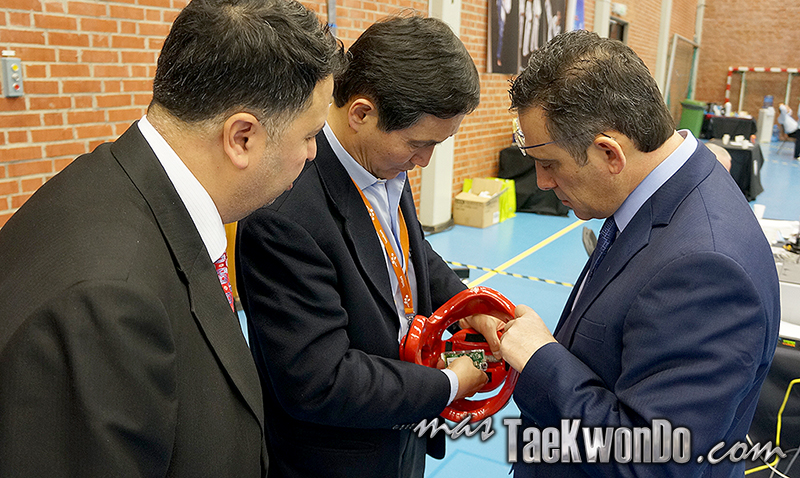 The Test Event held in Trelleborg concluded that the use of electronic headgears improves the accuracy of the scores of kicks to the head. Not to mention, it can also reduce the use of video replay and therefore the number of interruptions during the combat.

During the second day of competition (February 9), there were a similar number of fights, and competitions using electronic headgears were carried out without major differences from the previous day. 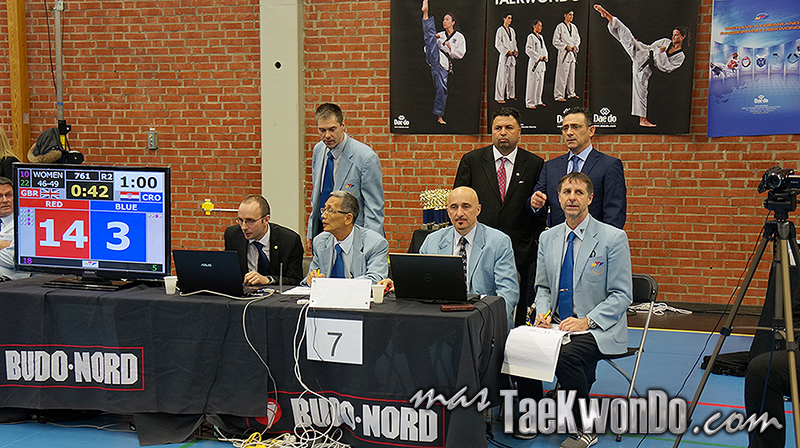