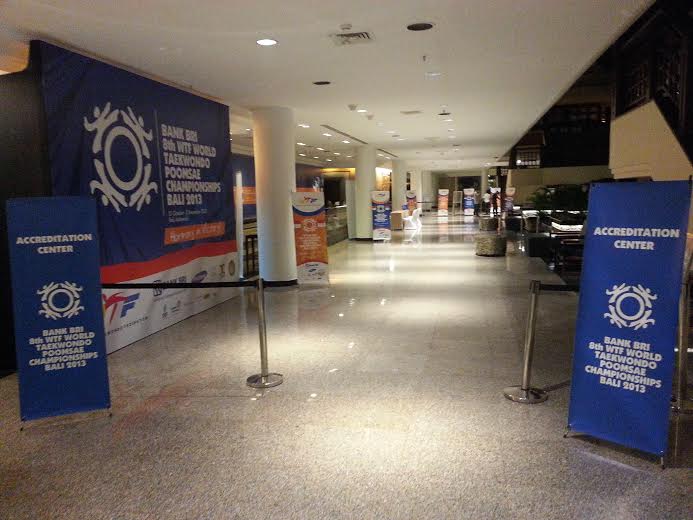 The Main Accreditation Center in Bali served around 1,000 people, most of them during the 4 days the registration center was operating fully. 47 teams were registered during that period of time.

29 of the 30 teams that provided their feedback on the Registration Process, Staff and Waiting Time gave the best possible rating to each one of the three variables.

Some even went further with their comments. “The registration process actually might be the best I’ve seen, and I have attended 5 World Championships until now” wrote Nadia Sobhi, the head of the Egyptian delegation.

“The registration centre success would have not been possible without the help of the volunteers; they made it a success” explained Mark Kaufmann, WTF Accreditation Centre Manager.

At least two dozen volunteers -mostly University students- helped during the registration process, from the back end processing of credentials to welcoming Heads of Team and guiding them through the registration from start to finish.

This Global Membership System (GMS) will allow WTF and its Member National Associations to run Tournaments using the WTF Event Registration which is linked to the GMS as was used in the past Poomsae World Championships in Bali, Indonesia.

“We gathered the members’ Data and Photos on the system in advance, which allowed us to print credentials in advance so registration was very quick and efficient. We are looking forward to having more National Associations using the GMS at a national level so their members can benefit from an online registration that leads to a seamless onsite registration locally too”.

The Operations Manager for the WTF Licence, Javier E. Altamirano, mentioned one key of the WTF Licence and system. “Our members will benefit of a unified system; the more Tournaments use our Online Registration, the less administration will be needed for Tournament registration. If we can keep all data in one centralized system, why send it again each time you go to a Tournament?”

The Latin American says with a smile on his face: “In Bali we were looking to improve also the perception; the look and feel of the accreditation centre. Keeping it consistent to what we did in Puebla, we hired the same consultant from Puebla, Martin Sanchez and we coordinated seamlessly with the OC in Bali and we believe we went beyond expectations.” 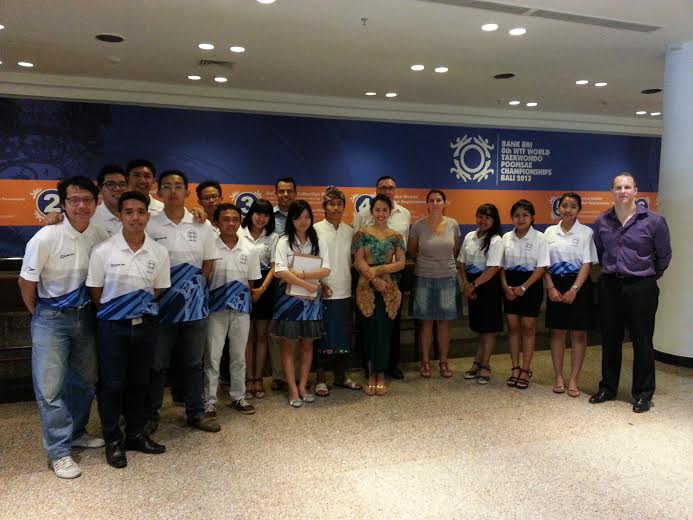