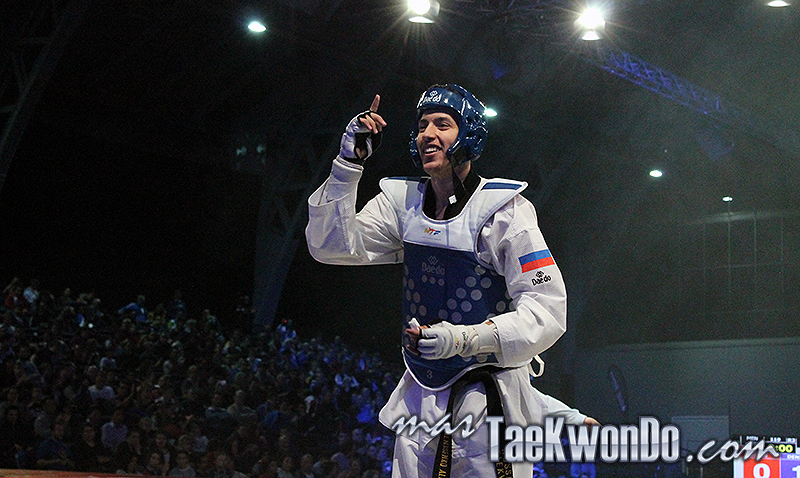 After the interview masTaekwondo.com had with PATU President, in which we also presented the PATU Event Calendar, some claimed that it was completely inaccurate. The inaccuracy was no associated with the dates in which each event would take place, but in the PSS to be used in each event.

The calendar shows fifteen (15) competitions ranked as “G”; only two of them would use Daedo PSS, the remaining thirteen using KP & P.

That is why we decided to talk to the WTF Secretary General, Jean-Marie Ayer, and now we present an exclusive interview with Daedo CEO, ChuenWook Park. 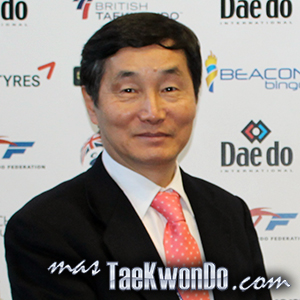 Mr. Park, what is your opinion regarding the PSS that, according to PATU, will be used in the Pan American competitions?

It seems that Mr. Ji Ho Choi is doing things that are beyond his competence. Not even the PATU vice presidents agree with his decision to use KP&P in all the Pan American events because PATU is forcing the organizing committees and national federations to use a specific system. Mr. Choi will have to explain why PATU is pushing the use of KP&P  in the entire Pan American region, including G-1 events. He also wanted to implement KP&P in the U.S. Open and the South American Games in Chile, however the corresponding organizing committees refused to do so because it was all set to use Daedo.

Did DAEDO received any request to present a bid for these events?

We were not requested to present any bid. In late 2012, Mr. Choi asked us to present an offer of sponsorship for PATU for 2013 to 2017. Daedo offered him $40,000 and 300 doboks each year. Some vice presidents and executive committee members agree with our offer.  We presented a contract for Mr. Choi to sign, however after this we had no news from him. It is important to mention that sponsorship contract was only for the PATU championships:

The multisport events were not included in the contract. However, Mr. Choi assured his abilities to force the organizing committees to use the system.

It was not required to use Daedo PSS in open championships or any G1 events.

Being such an important issue, we contacted the presidents and organizing committees and most of them do not agree.

Regarding the WTF sanctioned events (as the Puebla World Championships or the Grand Prix) there is always a call for a bid, giving an opportunity to all approved brands to present our offers and then they analyze technical aspects, experience, results of tests and financial issues. This is the most transparent and democratic way to carry out this process, as it is closer to the Olympic spirit.

When a decision is made without a clear and democratic method, and they find themselves forced to do something, as PATU (Mr. Choi) is doing, it is normal that the organizing committees disagree.

Does this mean that Daedo wants to be part of all the Pan American events?

No, we just want the process to be fair and transparent. .Daedo intends to sponsor the G-1 events in the Pan American region, not all at once, but one by one, in order to ensure the PSS correct use and consequently that the competition is successful.

Thank you very much for your time Mr. Park.

I want to thank masTaekwondo.com for allowing me to express myself.