The Lusofonia Games 2014 are coming and will take place in Goa from January 18th to the 29th, six venues, 5 stadiums and 1 beach will receive more than 2000 athletes from 12 countries of 4 continents and will perform intensive competitions. Goa- 2014 will be one of the most scintillating games ever witnessed in the history of Lusofonia Games movement. With top athletes from across Lusophone nations battling their way to forge their names over 300 plus medals, it will indeed be a stepping stone to further strengthen the bond of brotherhood. Also, look forward to the vibrant culture of Goa.

Goa is India’s smallest state by area and the fourth smallest by population. Located in West India in the region known as the Konkan. The Lusophony Games is a multinational multi-sport event organized by the ACOLOP (English: Association of the Portuguese Speaking Olympic Committees), which involves athletes coming from Lusophone (Portuguese-speaking) countries, namely those belonging to the CPLP (Community of Portuguese Language Countries), but also others where there are significant Portuguese communities or that have a common past with Portugal.

The 1st Lusophony Games (Portuguese: Jogos da Lusofonia) were hosted by Macau, from 7 to 15 October 2006, comprising 733 athletes from 11 countries (Equatorial Guinea didn’t field any athletes), some of which are international sports stars.

In competition were a total of 48 events distributed between 8 sports: athletics, basketball, beach volleyball, football, futsal, table tennis, taekwondo, volleyball. Portugal and Brazil were the top medal collectors of the Games, managing to grab 85% of the titles. And the two countries acquired 71% of the total medals of the Games. All delegations managed to win medals.

According to m.timesofindia.com, Goa‘s taekwondo combatants will endure an enormous weight of expectation at the Lusofonia Games 2014. 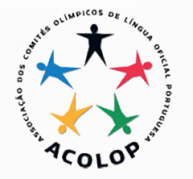 There are eight medal categories and Goa entertain hopes in each. Coach Theophile Lowe and Sunil Sharma know the task ahead will be tough and Goa‘s fighters must be at their best.

The men’s section is all-Goan. P. Anand, in the under-80 kg category, participated in the last edition of the Games in Lisbon four years ago, picking up a bronze.

Anand’s medal was among a haul of six at Lisbon. A gold, silver and three other bronze medals did the team proud. Siraj Khan, Aman Kumar and Sarvanan Kumar are the taekwondo exponents who have shone for Goa in recent times with the last named clinching a bronze medal at the 7{+t}{+h} Asian junior championships in Indonesia last year.

“We want to win a maximum number of medals this time. We did well last time and we want to do even better this time,” says coach Lowe.

Technology treads new ground at the Games this time around. Enter the electronic pad to detect points. However, judges will manually award points for kicking and reverse kicking on the face. The squad, introduced to the system just a month back, are doing their best to come to grips with the techno.

“When you kick and punch, you record hits on the computer screen only when you connect the opponent’s body pad with a minimum impact at precise points. These are signaled by sensors on the body as well as on the palm and sole. This calls for new techniques,” Sharma said.

Players and coaches alike are mindful of weight management. If a player puts on 100 grams above his or her weight category on the day of competition, they could be disqualified.

“We have worked out a schedule. We train three hours in the morning and three in the evening. We are following a strict diet. Players are going through power practice and fitness training,” says Lowe.

Do they feel the pressure of winning medals?

“We do but we are looking at it as an opportunity. It inspires and motivates us to do well. After all taekwondo has been doing really well in last few years,” says coach Sharma.

In the women’s section, Goa’s Dextra Pereira, 18, believes she and teammates can pose a serious challenge. Participating in the above-67 kg category, she reflects on training, saying: “I have started training (for the Games) from November. The sport requires speed, evasive action and agility. One has to be intelligent to understand situations. Taekwondo teaches you everything,” says Pereira, an under-17 gold medallist at the Ranchi National Games, 2011. She will be taking part in the above 67 weight category.