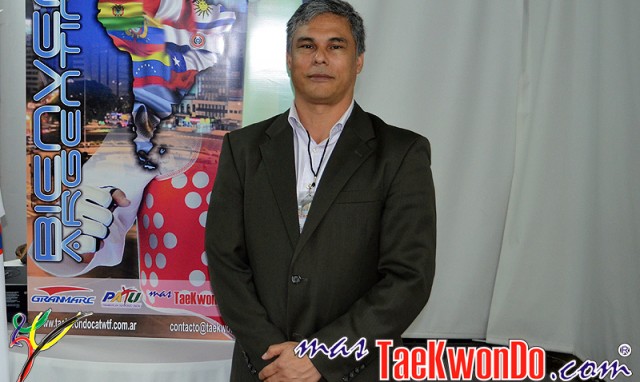 MasTaekwondo.com has just published an interview with Ji Ho Choi in which he said that, regarding the Costa Rica Open, Wilmar Alvarado had not respected the agreement previously made as to which PSS would be used in the event he is organizing, neither had he sent the fee needed to sanction the competition as G1 or G2.  (See: Choi Ji Ho: “I just want that everyone know the truth…”).

It should be noted that for an event to be sanctioned as G-1 or G-2, indistinctively, the pertinent organizing MNA must send together with the application a sanction fee of $5,000,based on the WTF Statutes.  (Article 5.3).

Alvarado´s annoyance was such, that he contacted masTaekwondo.com requesting a publication of a letter regarding Choi´s comment: “In response to the article published by masTaekwondo.com on January 29, 2014 entitled “Ji Ho Choi,” I just want everyone to know the truth… “,  the president of the Costa Rica Taekwondo Federation and the Organizing Committee of the 2014, using the “right to a response” given by MasTaekwondo.com, want to clarify some comments made by PATU  President. “

One of the main issues in the letter is related to the PSS to be used in the 2014 Costa Rica Open:  “We want to make clear that Mr. Alvarado as President of the Costa Rica Taekwondo Federation (FCT by its acronym in Spanish) never agreed with Mr. Choi´s verbal proposal on KP&P offer, as this seemed more as a PATU´s imposition.”

They support such statement by the following: “Costa Rica invested more than $38,000 in purchasing DAEDO PSS for the Central American Games hosted in Costa Rica in March 2013, consequently the discontinuation of using such equipment was not an option for the FCT due to the huge government investment made last year.”

In the interview with Mr. Choi, he said he did not understand Alvarado´s reaction because KP&P had offered the rental of the complete equipment for the Costa Rica Open free of charge.  According to Choi, they only asked for airplane tickets and room and board for the two KP&P technicians.”

While this whole issue is very important, what caught our attention was the information Alvarado provided in relation to the sanction fee of the Costa Rica Open.  As explained before, the sanction fee for a tournament to be ranked G-1 or G-2 is $5,000 and that is exactly what Ji Ho Choi told masTaekwondo.com.  However, based on reliable documentation masTaekwondo.com has, Choi asked  for a deposit of $5,000, plus another $5,000 to be deposited in the PATU Support Fund, six airline tickets, fifteen single rooms and one suite.

“On November 18, 2013 we received an email from Master Choi indicating his intention to send the official recommendation to the WTF to grant the Costa Rica Open the G-2 Ranking.  In this message we are required to deposit the official sanction fee of $ 5,000.00 and an additional support for PATU of $ 5,000.00, six (6) economy class tickets for PATU Officials, room and board for PATU Officials (15 single hotel rooms and one (1) suite room. In this message Choi requested $ 10,000.00 not $ 5,000.00 as stated in the interview. “says the FTC in the letter.

As for the delay in making the deposit of the sanction fee, Alvarado says he clearly explained Choi that the main reason for the delay is that the financial support from the Costa Rica Olympic Committee will be received until March, and that is why he repeatedly sent various official formal requests for an extension of the deadline.

The official statement in Spanish HERE.