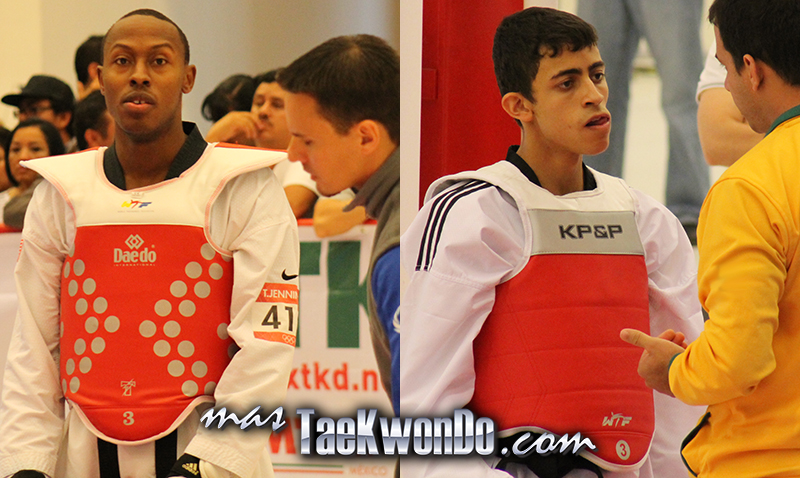 Before we take a look at current PSS, lets begin with a brief reflection on LaJust, the pioneer of PSS. LaJust did a great thing for WTF taekwondo by boldly taking the first giant leap towards developing and releasing a PSS technology on a global scale. Unfortunately, their PSS had countless flaws, deeming the LaJust PSS unworthy for continued use in WTF taekwondo, and so LaJust PSS was short-lived.

Both Daedo and KP&P PSS systems were first put into action competitively in 2009, and since then, have been used in thousands upon thousands of fights by competitors from the age of 6years old and up. Despite these similarities, there are many vital differences between the two PSS systems and companies.

•        Daedo have been the exclusive WTF PSS for several years. Their PSS is currently being used in 165 countries around the world, and Daedohave experience in operating flagship events such as the Olympics, and the WTF sanctioned World Championships, as well as many other WTF G-ranked events.

•        KP&P have been exclusively used by the KTA (Korea Taekwondo Association) for several years. The KTA operate competitions more than 151 days per year using KP&P PSS. In actual fact, Daedo is not used at all in Korea.

•        Daedo has an exclusive contract with ETU (European Taekwondo Union).

•        Daedo’s Headquarters are located in Barcelona, Spain and KP&P’s in Seoul, Korea.

•        Daedo impact sensors and proximity sensors cannot be repaired or replaced because the hogu is closed,whereas KP&P sensors can be individually replaced to repair the hogu.

One of the main reasons that PSS was introduced was for the purpose of demonstrating improvements in fairness and accuracy of scoring taekwondo fights to the IOC (International Olympic Committee). Thus, WTF taekwondo can remain an Olympic Sport, this having been achieved because taekwondo is now safe as an Olympic sport until 2020, and hopefully beyond.

Since the recognition of KP&P PSS in 2012, there has been an entire spectrum of opinions emanating from the Taekwondo family, and the two main questions that people tend to be asking are:

Naturally, the majority have been quick to say that ‘Daedo PSS is better and it’s cheaper’. Are these opinions formed by comparisons of how both PSS systems operate technologically and scientifically, or are we forming opinions based on assumptions due to lack of knowledge about KP&P? How many of you out there would be able to objectively answer and adequately justify which PSS you think is better? There are very few people that could articulate a strong case for this, simply because the information has not been made easily available.

Have you thought about the fact that, as Taekwondo practitioners, adapting our fighting strategy for every different opponent we face is essential – every opponent is different, so why are we so reluctant to adapt to different PSS?

When making an informed decision, all factors need to be considered, how about the following:

1.       The global market has familiarized itself with Daedo PSS over the past few years because there has only been one WTF-recognized PSS available. Therefore, everyone has adapted their techniques and now understand ‘how to score’ on this system, and therefore know ‘how to play the game, and how to win the game’.

2.       PSS is probably the largest financial commitment to any team, club or individual. Therefore, with Daedo having global exclusivity for the past few years, the entire taekwondo world has already invested a lot of money into Daedo PSS and is now reluctant to invest in something new/different, despite the fact that it’s here to stay.

3.       People, in general, do not immediately accept and adopt change, because it is outside ‘the norm’ – outside of their ‘comfort zone’.

Something else I’d like all of you to consider is something that we all know, but do not often remind ourselves of, and that is the fact that ‘change is inevitable, and change is constant’. This is evolution, and evolution is parallel to life. So, baring all of this in mind, I’d like to pose a few questions for you to ask yourselves:

2.       Taekwondo originated in Korea. The KTA (Korea Taekwondo Association) has worked exclusively with KP&P for several years now and they have contributed invaluable feedback to KP&P to produce the 9th generation of KP&P PSS, and have now developed a PSS that they believe to be the best system they’ve ever had; because it scores ‘authentic taekwondo’.Why have the KTA used KP&P exclusively, despite the rest of the world using Daedo?

In conclusion, we know that Daedo and Dartfish put on a truly great show at the London 2012 Olympics and contributed significantly to securing taekwondo as a core sport for the next two Olympic Games. However, technology is advancing at an expeditious rate, so we’d be foolish to think that PSS technology was an exception to this, and that PSS would be forever unchanging.

Daedo’s current PSS technology using electromagnets, potentially has long term limitations that KP&Ps radio frequency technology will outlive. It has been speculated that Daedo will need to completely change their technology to improve accuracy and fairness in scoring taekwondo fights to match KP&P, going forward. However this is just a speculation.

My final question to all of you is;

If you were to separate your personal circumstance, accept that change always has, and always will occur, and were to look at PSS from a viewpoint that benefits taekwondo on a global scale (remain Olympic), which PSS system would you choose, and why?

I urge you to ask questions, seek your own answers and make up your own minds.