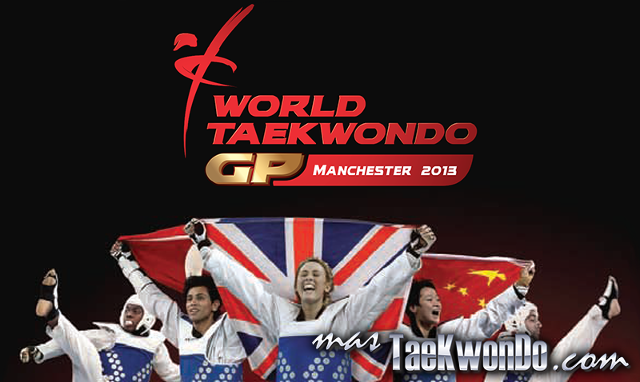 The official competition draw for the inaugural World Taekwondo GP has been made, as 231 athletes from 59 countries discovered who they will have to overcome in Manchester in their bid for gold and vital Olympic ranking points ahead of Rio 2016, posted aroundtherings.com

Stand-out matches from the draw:

· London 2012 gold medallist, Jade Jones, takes to the mat against Jessica Renee Chavez Rivera of Mexico in the female under 57kg weight category

“I feel privileged to be leading the WTF during such an exciting moment in the evolution of taekwondo. This is a historic time for the sport and the competition draw in Manchester marks the beginning of a special journey that we are about to embark on with the World Taekwondo GP.

“London 2012 really opened our eyes to taekwondo’s potential. We saw some of the best and most exciting taekwondo action that the sport has ever seen, and we saw huge enthusiasm from spectators and TV audiences. We want to make sure we continue to build on this. The World Taekwondo GP slogan is ‘Here Come the Champions’ and that is exactly what it will deliver: regular Olympic-standard competition between the world’s best athletes.”

“The opportunities that the World Taekwondo GP series will bring to taekwondo both from a sporting and commercial perspective are enormous. The World Taekwondo GP will consolidate taekwondo’s status as a core Olympic sport with global appeal by delivering regular competition between the very best athletes.

“The World Taekwondo GP will help realise taekwondo’s huge untapped commercial potential and give sponsors a chance to have a meaningful role in the global development of the sport. The division of television rights between the WTF and the host cities will ensure that the entire global taekwondo community is connected to the event, whether they are watching from the comfort of their own homes on the TV or the internet, or first-hand in the state-of-the-art host arenas.”