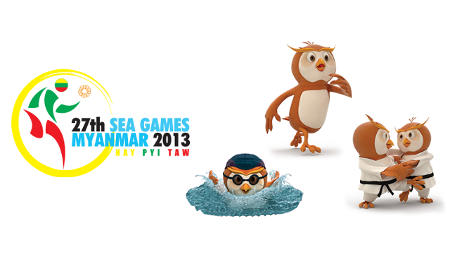 According to thestar.com.my, Malaysia failed to win a single gold in taekwondo in Jakarta two years ago. And the pressure will be on national exponents to end the gold drought in the taekwondo competition, which begins on Wednesday at the Wunna Theikdi Indoor Stadium.

The Malaysian Taekwondo Association (MTA) are banking on Ryan Chong Wy Lunn, who is the most experienced exponent, to bag the gold in the men’s below 63kg category.

The 25-year-old Ryan, who has been competing in the SEA Games since 2005 in Manila, has yet to win an elusive gold in the Games.

His best performance to date is winning the silver at the 2007 Korat Games.

Ryan said that he is mentally much stronger now to put up a strong challenge after three weeks of training in Seoul, South Korea, last month.

“I sparred with some of the top level Korean exponents in Seoul and it helped me to improve my confidence and also mental strength to face exponents in the SEA Games,” said Ryan.

“The pressure will be on me to deliver the gold because I am the most experienced one in the national team.

“I will also face a tough challenge from Thailand and the Philippines, who have produced world class exponents.

“However, I will defy the odds to win the gold,” said Ryan.

National taekwondo coach Moi Chee Keong said that with the retirement of 2005 Manila SEA Games gold medallist Rusfredey Tokan Petrus, they are relying on Ryan to win the gold.

“We have also named a number of new faces for the SEA Games and hope one of them can spring a surprise to win gold.

“All the 16 exponents comprising eight men and eight women went for a short stint in South Korea in preparation for the Games,” said Chee Keong, who has been coaching the national team for seven years.

The taekwondo competition will kick-start with the poomsae (pattern) event.

Malaysia will be expecting 18-year-old Yong Jin Kun, who won bronzes in the Asean championships in Myanmar in May and the Islamic Solidarity Games in Palembang in October, to win the poomsae event.