Rosendo Alonso Tapia, from the Canary Islands, Spain and World Medalist joined the Mexico National Team as coach early this year, since then, the positive results are evident.

Which do you think was the key factor to reach the top?

The key factor is the professionalism all the athletes show in daily work. I’ve always said that the Mexican athletes are committed to training and to daily effort.

Mexico along with China, France and Spain formed the famous “Group of Death”.  What was the strategy to fight against such strong teams?

It is true.  We had to fight against the toughest group of the tournament.  The fact that China got a tie at the end of the combat was a blow because it forced us to win the next two matches.  It all was up to us.  However, we won those two matches and assured the first place avoiding to face group D´s first place.

From the coach´s point of view, the strategy begins in the selection of the athletes, their somatype, their weight; then, the combat strategies, depended on the opponents.

It called our attention the very unsportsmanlike behavior of the Korean team after the semifinal match, when they did not greet the Mexican team. What do you think about that situation?

The Korea Team may do what they please.  I only speak of my team and I am sure that Mexico would never do such a lack of sportsmanship and Fair Play. 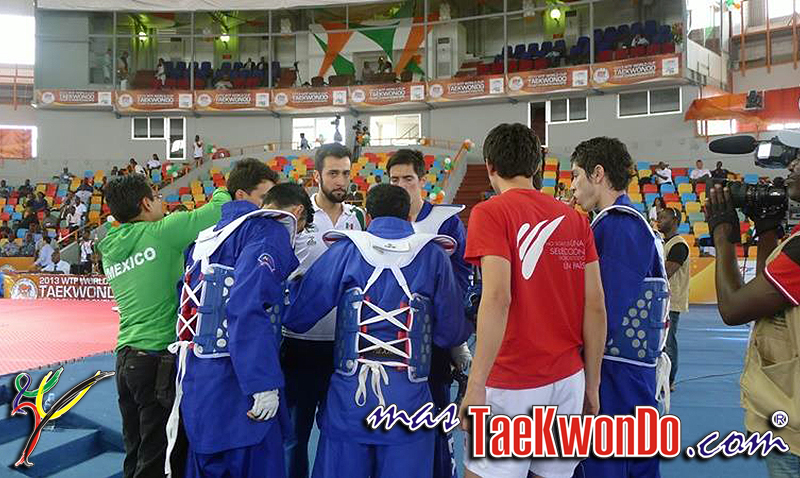 What about René Lizarraga´s injury?  Does this injury compromise the Silver World Medalist participation in the Grand Prix of Manchester?

When we get to Mexico, the doctors will examine the injury and will determine the severity.  His participation in Manchester will depend on that.

When we decide to come to the World Cup, we knew it was a possibility and still decided to take a risk .  If we had not won, it would have been bad news, but he got 40 points plus the World Silver Medal achieved in Puebla, the Golds at the Argentina Open and Costa Rica Open and the Silver Medal in the G1 in Querétaro.  Although we have not yet done the and official analysis, we could say that René, along with Uriel Adriano, has been one of the athletes who have sum more points this year in his category.  Now he must recover and he must prepare for next year, which must be equal or better than this year.

Mexico is one of the few countries that have established a professional league with a system exactly like the used in the Team World Team Cup.  Do you think their experience has been a key factor to win this championship?

I totally agree.  The athletes have much experience in this format and this has also been an important factor in this positive result. 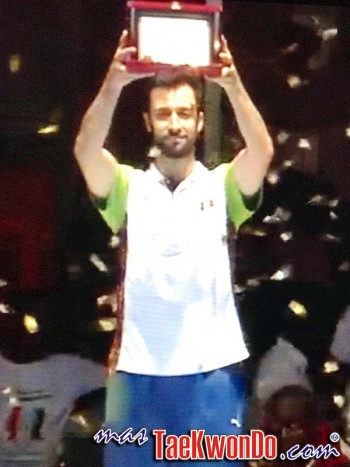 Congratulations on receiving the award as best coach in the Team World Cup in the male division.

Thanks, but I think, the same as happens with the athletes, when you win does not mean you’re the best or when you lose you are the worst. This award is thanks to the athletes´ commitment and the credit also belongs to my teammates:  Young In Bang, Gulsah Alonso, Young Sunbang and Lezmar Fierro.

Who do you dedicate this award?

First of all, I want to thank the President of the Mexican Federation, Mr. Juan Manuel Lopez Delgado and the National Sports Commission for their confidence in me. Although many times, the person who sits in the chair usually gets all the credit, it should be stressed that this is the triumph of a multidisciplinary team perfectly coordinated with a common objective.

It is also important to mention the athletes´ families, which are their main emotional support and who suffer the absence of their loved ones for the benefit of the sport of their country.

Thank you very much for your time, Rosendo, and, again congratulations on your continuous success.

Thanks to masTaekwondo.com, the Number One media about Taekwondo in the world.