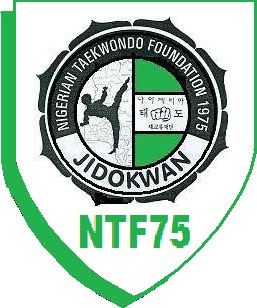 According to nationalmirroronline.net, president of the Nigeria Taekwondo Federation (NTF), George Ashiru, spoke to Yemi Olus on the challenges and plans for 2014.

How will you describe 2013 for taekwondo in Nigeria?

“The year has been a watershed for Nigeria Taekwondo, especially since the inauguration of our board in May. Apart from our attending five international tournaments, three of which were World Championships, we have promoted five tournaments that have attracted participation from other countries and organised four national seminars and courses, approved the participation of six coaches for a coaching course in Korea. We also instituted a licensing and insurance scheme and established 10 departments filled with professionals in their fields. To cap it up, we have worked with the National Sports Commission (NSC) to ensure the hiring of a High Performance Coach with the support of the Korean Government. I think it will be recorded as the most dynamic year for us.”

What are the challenges that faced the NTF this year?

“As with any dynamic sporting organisation, the level of financial support does not keep pace with our level of dynamism. So, in 2014 we shall be much more strategic in our approach to raising funds for both our national and international programmes. Also, we acknowledge that many states associations have not been able to adjust quickly to many of our administrative innovations, using, for example, online registration for events, licencing their athletes and so on. But we will continue to work to achieve the required level of cooperation with the taekwondo community at large to achieve these targets of ours. We really have to step up our system of taekwondo administration to keep up with even our West African brethren, not to speak of the more advanced nations that we have to compete against.”

What are the measures being put in place for Nigeria to have taekwondoists at the 2016 Olympics?

“I would disagree with that. We have always had athletes with potential but they have never had similar opportunities to train and compete against the best as Chika has had. So, the talents have remained unexposed to world class facilities and new training methodologies which catapulted Chika Chukwumerije to the world class level. So, we are in dire need of our own facilities, and world class coaching methodology that will turn us to a factory of champions. Thus, our first priority is to have a national Taekwondo Training Centre like those of UK and USA, and then quality coaches that will train the discovered athletes all year round, not only when it’s time for international tournaments.”

“The outgoing year 2013 was a competition year while 2014 shall be a developmental year. We will put much more emphasis on training and seminars and capacity building and talent discovery in the first half of 2014. The Youth Olympics is in 2014 and, naturally, we need to be ready to qualify as many athletes as possible and possibly pick up a medal in Nanjing. The second half of 2014 shall then herald the competition season when we expect to have at least five to six national and international level tournaments. In November we round up the year with Commonwealth Taekwondo Championships in the Scotland.”

8 thoughts on “New Year and New Challenges for Nigeria Taekwondo”