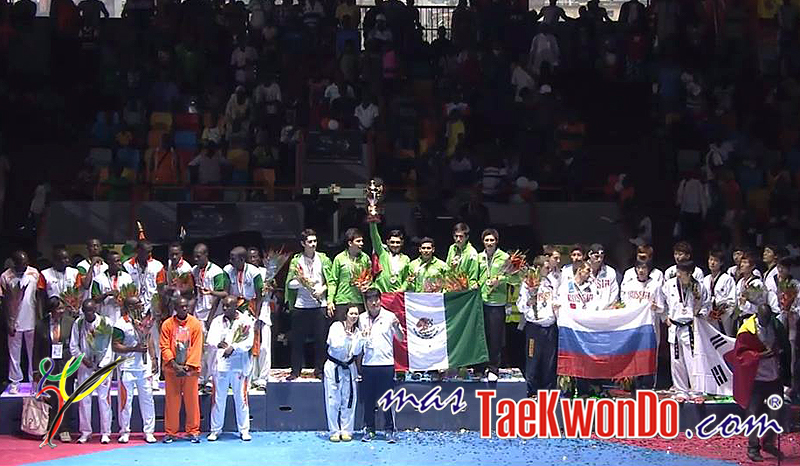 The Aztec team, led by the Spanish coach Rosendo Alonso reached the podium after beating the world’s leading powers that crossed its path.

We may call it a real “Dream Team” because out of the eight members, five are world medalists. The road to become champion was not easy for Mexico as the team had to face the best teams in the world.

The so called “Group of Death”, in which Mexico shared with China, France and Spain, was the first great challenge to finally get the title. With a modest beginning, with a tie with China in 16-16, the results would be crucial in the following rounds. By beating France 30-21 and Spain by 28 to 21, the Mexicans achieved the first place in the group.

The quarter-final against Brazil would be crucial to go to the right direction, 24-21.

Then the semifinal against the great Korea deserves a different chapter, a vibrant match from start to finish, as the two great world powers faced.  The difference in the final score was minimal, finishing 9-8.  The Asians showed great discontent, alleging mistakes in the referee decisions and then showing a reprehensible unsportsmanlike conduct by refusing to greet their opponents at the end of the combat. 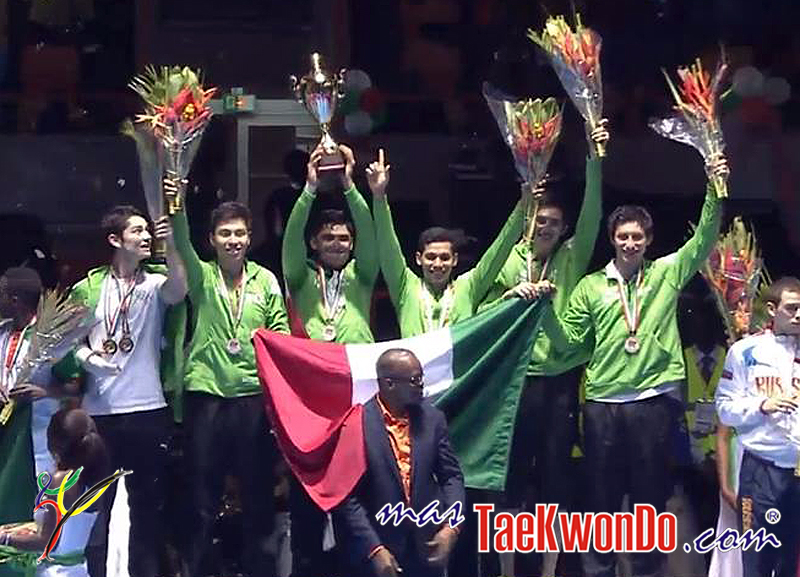 An intense year for Mexico, although it is not thru yet, as this “Dream Team” will make its last appearance in the WTF Grand Prix Final in Manchester this December.

We are sure that if Mexico continues with this kind of performances, we will have Mexico for a long while, a synonymous of sports excellence and Taekwondo at the highest level.

9 thoughts on “Mexico becomes Champion in the Team World Cup”