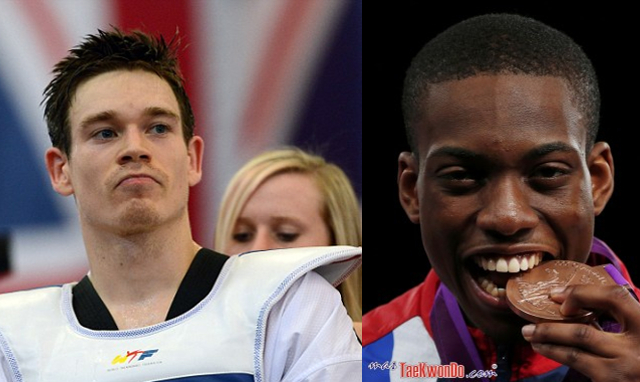 As per information issued in the bbc.com web site,  Lutalo Muhammad may confront Aaron Cook in the upcoming Manchester Grand Prix. The 22-year-olds are competing at -80kg and could meet in what would be one of the most highly anticipated fights in the sport’s history. The pair were embroiled in a bitter appeals process after Muhammad was controversially selected ahead of then world number one Cook for London 2012.

“He took it too far,” said Muhammad.

“It was quite clear that GB Taekwondo was firm in its stance and I think the constant appeals were nasty and unnecessary.”

The British Olympic Association (BOA) initially refused to ratify Muhammad‘s nomination for the Olympic team, with Cook claiming he was being “cheated” out of a place at the Games after quitting the GB programme less than 12 months earlier.

GB Taekwondo always maintained that did not come into consideration and tried to protect Muhammad, who received hate mail as the spat became more acrimonious.

“It was one of the low periods in my life,” said Muhammad.

“It’s not the messages that I received which affected me, it was more that my family were being hounded by reporters left, right and centre – my dad was even being followed to his place of work.”

Cook insists he has no issue with Muhammad, holding the GB Taekwondo selectors accountable.

“He took his opportunity, he got an Olympic bronze medal out of it, so this is nothing against Lutalo,” Cook told BBC Sport.

“But I was world number one, reigning two-time European champion and that was my spot. For whatever reason, it got taken away from me.”

Cook, who was physically sick on the morning of the Olympic -80kg final, has lost all of his pre-London 2012 sponsors and relies on money from his parents in order to compete. Following his London 2012 omission, Cook switched allegiance to the Isle of Man, but remains eligible for Team GB at the Rio Olympics in 2016. He leads the head-to-head with Muhammad 2-1, winning their most recent meeting at the Dutch Open in March 2012, and is confident about his chances should they meet again in Manchester.

“If that fight happens, there’s only going to be one winner and that’s me,” said Cook. But Muhammad is equally bullish, saying: “There’s going to be fireworks, but I know what I can do. I’m ready and confident in what the result is going to be. “There is definitely a score to settle after everything that went on.”

As a result of missing London 2012, and suffering a disappointing first-round World Championship elimination this summer, Cook‘s global ranking has slipped and he is seeded sixth for the Grand Prix. With Muhammad having competed predominantly in the -87kg division, in which he won 2012 European gold, his ranking points at -80kg are not enough to give him a top-eight position and seed. The pair could therefore meet at any stage of the division, which takes place on 14 December, the second of the tournament’s three days. The event marks the first major step towards qualification for the Rio Olympics, with those ranked in the top six come the final Grand Prix in 2015 guaranteed a place in Brazil.

“I think with everything that went on between me and Mr Cook there is an intensity to this fight and it’s certainly the biggest rivalry in taekwondo right now,” said Muhammad. “The Grand Prix is the perfect stage for us.”

Both men are also aware of the positive impact their rivalry can have on the sport.

“I’m sure everyone wants to see me and Lutalo [fight] and events like this are fantastic for taekwondo,” said Cook. “As it stands, we’re doing it for nothing and not being paid a penny for the competition so hopefully with a bit more media interest events in the future will bring in some prize money.

“More events will also mean more fights and greater rivalries which can help the sport become one of the best out there – which I believe it is.”