A few days before the elections in Asia, the irregularities and ambiguities continue.  Uncertainty in the ATU Secretary General´s authority, inconsistencies in the requirements made by the Chairman of the Election Committee and the protest made by the presidential candidate, Seyed Mohammad Pouladgar make this election process even more tempestuous.

One topic that has generated much uneasiness and discomfort is the process to organize the WTF sanctioned events.  Some information states that Prof. Lee Kyu Seok, ATU Secretary General and presidential candidate, sent a letter recently informing about the process to follow.  The curious thing about the letter is that, ethical or not, the fee requested by the WTF to organize an event sanctioned by the organization, which is $ 5,000, must be deposited in an account under the name of Professor Lee Seok Kyu, and not in an ATU´s bank account 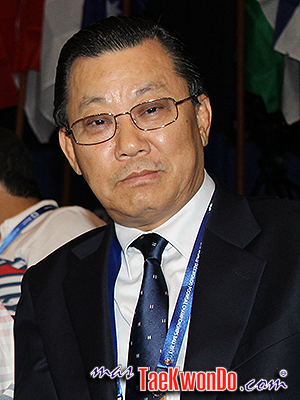 Another interesting fact is that the Chairman of the Election Committee, Sung Chon Hong issued a statement listing the requirements necessary to be candidate for the ATU Presidency but did not mention the three letters of recommendation that must be issued by three MNA’s. It should be mentioned that Prof. Seok Kyu Lee is the only one with letters of recommendation in advance.

In his defense, Mr. Hong argues that no candidate can claim lack of knowledge because this information is found in the WTF Statutes and everyone should already know that and that it was not necessary to include all the rules, but only, “the most important”.

Although he did not recognize the error, Hong agreed to grant an extension for the candidates to meet the requirement and get the three letters of recommendation, which means that they only had 12 days to complete this process.

As a result of this action, the candidate for ATU President and President of the Iranian Taekwondo Federation, Seyed Mohammad Pouladgar, expressed his dissatisfaction through a letter addressed to Mr. Corbin Min, WTF Deputy Secretary General, emphasizing and describing all the problems.

Precisely, due to this short time notice, Pouladgar himself could only get two letters of recommendation, because when making the relevant applications, he discovered that someone had already done before.

These situations considered by many as unfair and unethical, made Pouladgar to meditate to withdraw his candidacy, and make an urgent request to the WTF to follow up closely the anomalies that would result, according to his own point of view, to call Prof. Lee Seok Kyu for an “appointment” in that important governing body for Taekwondo.

Finally, it is being said that the ATU Election Committee sent letters to the National Olympic Committees to confirm the legitimacy of the MNA’s and their presidents who recommended the candidate for president Milan Kwee, President of the Federation Singapore Taekwondo.

How this “soap opera” would end?  Stay tuned, masTaekwondo.com will keep you posted.