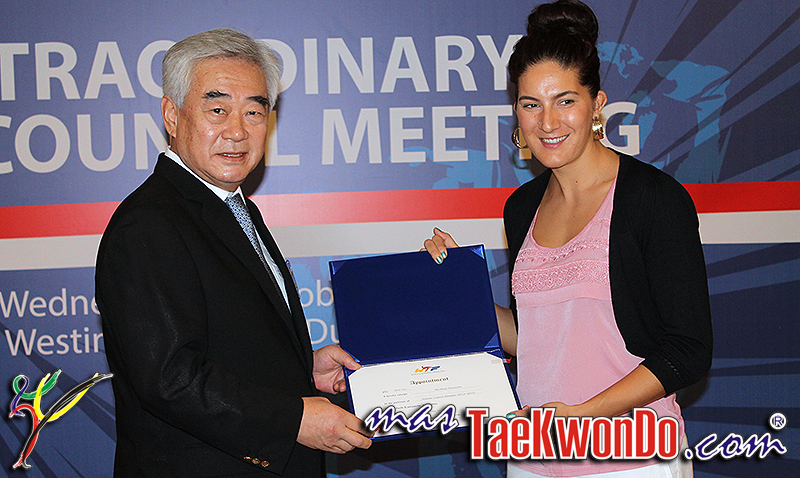 Great news for GB Taekwondo, after receiving the news that Sarah Stevenson has been appointed to the World Taekwondo Federation’s (WTF) Executive Council, although she had announced her retirement from the sport earlier this year (Read article, Sarah Stevenson Announces Retirement), according to doncasterfreepress.co.uk.

Doncaster’s golden girl accepted a two-year post at an extraordinary meeting in Bali last week. WTF president Chungwon Choue acknowledged Stevenson’s “dedication and service to the WTF and hard work for the development of Taekwondo”.

The former three-time world champion and Olympic bronze medalist was enrolled upon the sport’s international governing body’s council as an Athlete Member.

“I’m incredibly honoured and proud to have been offered this opportunity,” said Stevenson. “I am dedicated to giving 100 per cent for the WTF and for Taekwondo, as ever.”

Former Don Valley High School pupil Stevenson, Britain’s first ever Olympic medalist in Taekwondo, announced her retirement from the sport earlier this year. The 30-year-old has been a trailblazer for her sport ever since qualifying for her first Olympics in 2000. Stevenson’s final competitive appearance was at London 2012, where she was chosen to read the Olympic oath. Jeremy Beard, chairman of GB Taekwondo, said: “Naturally we’re very proud of Sarah’s achievement in being appointed to the Executive Council.

“We also welcome the opportunity it gives us to strengthen our relationship with and support of the World Taekwondo Federation as it continues to develop Taekwondo across the globe.”