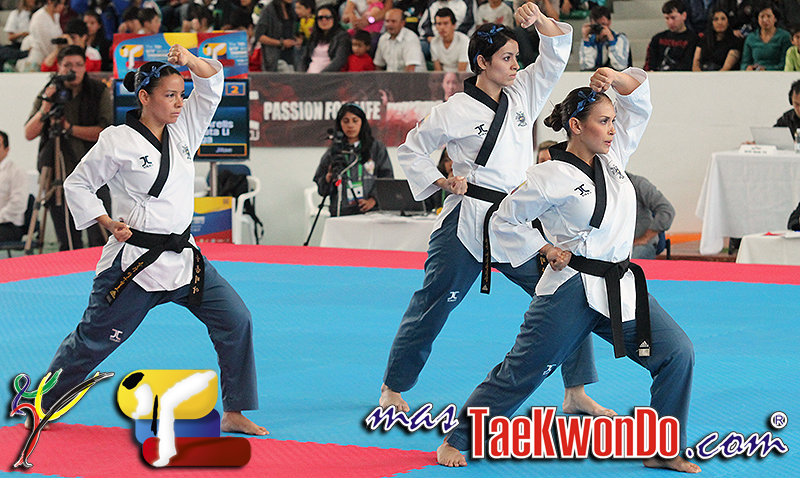 Many people are asking if these changes will be applied in the 8th WTF World Taekwondo Poomsae Championships which will be held in Bali, Indonesia early next month.  Mrs. Hong answered:   “Rest assured, these modifications will be applied next year.  In the upcoming World Championships the previous regulation will be used.”

Apparently, the changes in the Poomsae competition rules will not cause any misunderstanding during this year´s competition as it is important to remember that during the Poomsae Worlds 2010 in Uzbekistan, an altercation arose when some coaches were upset with the explanation given on how referees were applying the scoring methods at that time.  Mr. Hong´s explanation back then was:   “There wasn´t any change before this event, you cannot make any changes without the WTF´s approval.  Each MNA is duly informed when and amendment or change is applied”

According to Mr. Hong, before the 2014 World Poomsae Championship, the commission he leads is planning to train Poomsae referees and will give them refreshment courses in order to avoid any misunderstanding.

When asked about the committee´s work in order to improve Poomsae competitions he said that “we go step by step, making changes to the rules, organizing the commission, making proposals for any progress, slowly but surely.  Additionally, I have presented a proposal to bring courses about the new rules to every country of the world so that everyone is duly informed” said Hong during the telephone conversation with masTaekwondo.com.

How to make Poomsae more objective? This is one of the big issues in this discipline.  “We have been working on this issue for about six years.  We are confident that step by step we will make Poomsae as unbiased as possible,” Hong continued.

What is the WTF expectation for this year´s championship?  “Well, the fact that the competition will be held in Asia will give the opportunity have a greater participation of European and Asian athletes.   We expect an increase in the number of contestants.  Additionally, with the official inclusion of Free Style last year, we are confident that we will call the attention of the athletes to compete in this style that everyone liked and was a success last year.”

And finally, masTaekwondo.com asked the big question everybody that loves Poomsae is asking:  Will we see Poomsae in the Olympics some day? “This is something that we all want, but we must do it step by step, as I said.  Poomsae has been included in various important international events such the International Military Sports Council Games or the Universiade , among others.  We are doing it slowly.  We hope to see Poomse in the Olympics one day. We are trying to improve Poomsae in all areas so that it gradually is adapted to the International Olympic Committee guidelines.  Do not forget that it took a lot of efforts and time to bring Kyorugi to the Olympic status and Poomsae is still very young.  There is still a long way, but we are working hard.”

15 thoughts on “Poomsae in the Olympics? Sung Chon Hong answers the question”