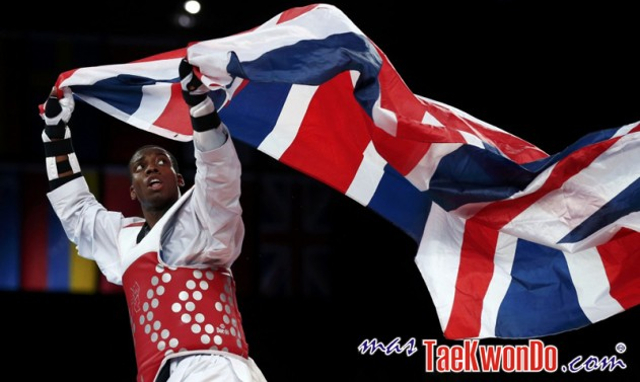 Lutalo Muhammad was eliminated at the quarter-final stage at the Mexico Worlds earlier this year, but returned to winning ways with victory at the national championships in September before success in Serbia, stated an article posted in bbc.co.uk. He keeps building-up to the World Taekwondo Grand Prix in Manchester. He beat Dionys Kronreif of Germany in the -87kg final, with fellow Brit Jordan Gayle victorious in the -68kg class.

The Serbia Open is likely to be the final competition for many British fighters before the inaugural Manchester Grand Prix on 13-15 December. It also offered athletes the chance to banish memories of a disappointing 2013 World Championships where the team failed to win a medal.

“I’m very happy with today’s result and it’s always good to be back in the ring and performing well,” he told BBC Sport. “It’s been a really good weekend for the GB team – coming to Serbia and taking gold is great preparation for the Grand Prix back home in Manchester.”

The fighter will return to the -80kg Olympic division for the year-ending Grand Prix, where he could face fellow Briton Aaron Cook – the man he was controversially selected ahead of for London 2012. “I know that’s going to be a tough competition but as ever I’ll be going for the win,” he said.

Walkden, 22, is another returning to form after failing to finish on the podium in Mexico and she did not concede a point en-route to the Serbian Open final.

However, she was denied gold when +67kg Olympic champion Milica Mandic of Croatia struck first in sudden death. Unseeded Gayle, 22, defeated fellow Briton Stamper in the -68kg semi-finals. Gayle strengthened his case for a wildcard invite to Manchester with a 6-2 win against Bulgarian third seed Vladimir Dalakliev in the final. The Manchester event, which is expected to host all London Olympic and 2013 world champions, will form the first stage of qualification for the 2016 Rio Games.

3 thoughts on “Lutalo Muhammad Won Gold at the Serbian Open”