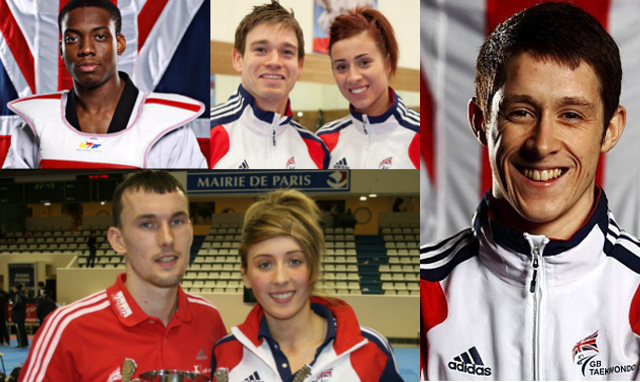 According to the bbc.co.uk, the pair have been named in the -80kg division for the Grand Prix event in Manchester from 3-15 December.

After Aaron Cook fail to be selected to participate at the Olympics, despite being ranked world number one at the time, GB Taekwondo selected Muhammad, who won Olympic bronze.

Cook who has opted to compete for the Isle of Man after his Olympic snub, has spent the past couple of months building up his ranking points in South America after being eliminated in the opening round of the 2013 World Championships.

On the other hand, since London 2012 Muhammad has competed in the -87kg category, losing in the 2013 World Championship quarter-finals.

However, he returned to winning ways with victory in that category at the National Taekwondo Championships in September.

The -87kg division is not an Olympic category which means Muhammad had to decide whether to compete in +87kg or -80kg in the 2014 Rio Games, hence him dropping down to -80kg.

GB Taekwondo has also confirmed that Olympic champion Jade Jones will compete in the -57kg division in Manchester.

“We’re now just eight weeks away from the world’s first ever Taekwondo Grand Prix and I’m delighted to be a part of the GB team confirmed to compete at the event,” she said.

“The support at the Games was unforgettable and I hope that when I step on the mat on 15 December that the crowd can recreate that atmosphere and support.”

Other British fighters in the main draw include European champion Michael Harvey and London Olympian Martin Stamper (both -68kg), and Bianca Walkden in the +67kg class.

As the host nation Britain will also be allowed eight further wild card places, which will be revealed in mid-November.

The event will see 250 of the world’s top competitors across eight different weight categories come together to battle it out for vital qualification points ahead of the Rio 2016 Olympics.

0 thoughts on “Lutalo Muhammad Could Face Aaron Cook in December”