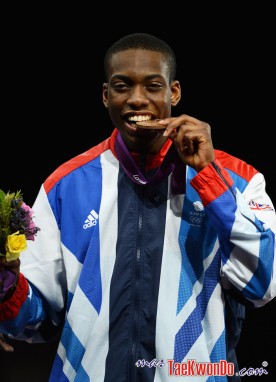 “I have never won a national senior title and this is a chance to change all that.” As per BBC Sports News, the London-born fighter will compete in the -87kg division on Saturday and will use the event as practice ahead of the inaugural World Taekwondo Grand Prix in Manchester in December.

Olympic champion Jade Jones will miss the event due to a back injury.
It will precede three further Grand Prix events ahead of a Grand Final in 2014, with results from each competition across the eight Olympic weight divisions counting towards qualification for the 2016 Games in Rio.

“All I am doing now is looking forward and my main focus is the World Taekwondo Grand Prix,” he said. “It has all the makings of another World Championship so I want to be at my best.”

Many of the established fighters – like European champion Michael Harvey, British champion and London Olympian Martin Stamper – are skipping the Nationals following their World Championship campaigns.

A record entry of more than 600 competitors will fight over the two-day event, including some of the sport’s rising stars, such as Viroshan Gnanapandithan and Tia Thompson, who have an opportunity to impress national performance director Gary Hall.