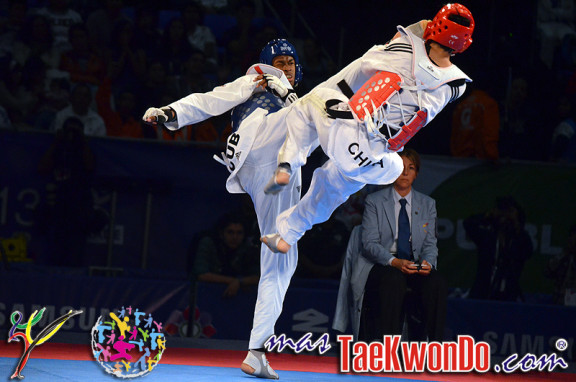 During the fifth day of competition (Friday July 19) of the World Taekwondo Championships, Puebla 2013, Cuba won two gold medals and was placed in second, just behind Korea.

Cubans Glenhis Hernandez reached gold in the -73 kg category and Rafael Alba did the same in -87 kg.

Meanwhile, in the Men’s Heavy Division (+87 kg.), Cuban Robelis Despaigne took bronze after being defeated in the semifinals by a gold point by the Iranian Sajjad Mardani. (Read article: Caribbean Storm causes commotion in the World

The WTF World Grand Prix will take place in Manchester from December 13 to 15.  This participation has so much importance due to the Olympic ranking points. The president of Cuba Taekwondo Federation, Carlos Benasco, stated that the winners will get 80 points and the 32 best athletes in each Olympic division were invited.

The Grand Prix Final will award the following ranking points:

0 thoughts on “Cuba Invited for the WTF Taekwondo Grand Prix”