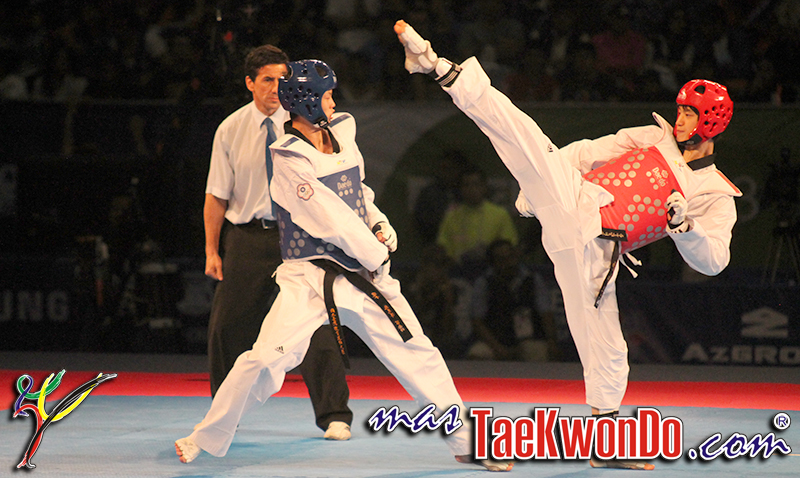 The first phase of the Grand Prix Series 2014 is planned for July and the following would be in October, both will be ranked as G4 Events and the Final, in December 2014, will be a G8 Event.  Later in 2015, it is planned to carry out three series and a Final.

Regarding the Series themselves, 35 athletes will be invited based on the WTF Olympic Ranking; one additional athlete from the host country will be added.

The ranking points to be awarded would be as follows:

Each National Association shall have a maximum of two athletes per weight category. The first four athletes out of the 36 will advance directly to the quarterfinals without having to compete in the previous rounds.  The next top eight, out of the 32 remaining athletes, will be seeded based on ranking and the remaining 24 athletes will be drawn randomly.

The National Association shall confirm its participation within two weeks after receiving the invitation from the WTF. Once the confirmation is done, no changes will be allowed.

If an athlete cannot participate in one of the series or in the Final, the pertinent National Association should inform the WTF thirty days prior to the event; the athlete may be replaced by the next best ranked athlete, not necessarily of the same nationality.  Otherwise if the National Association fails to notify the WTF thirty days previous to the competition, this quota will be canceled and the athlete cannot be replaced by anyone else.

Only eight (8) athletes will compete in the Grand Prix Final and the ranking points awarded in this event is as follows:

In the Grand Prix Final there will be a combat to define the Bronze Medal.  The eight participating athletes will be seeded based on the Ranking so there will not be any lot drawing.