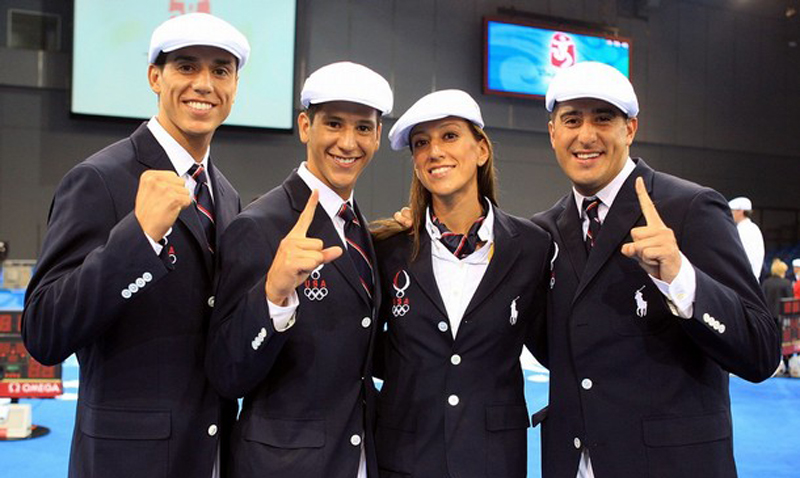 When someone in the Taekwondo world says Jean, Steven, Mark and Diana it is similar as if in music we say: John, Paul, George and Ringo.  There´s no need to explain because everyone knows who they are.

The four Lopez brothers, with Steven as their leader and Jean as their coach, arrived in Madrid in April 2005 with the dream of winning three titles, “Visualizing that time is amazing, having my brothers together that precise moment was a miracle.  Being able to bring two brothers and a sister in the same sport, to be part of a national team, and being in the national team during the World Championships, and the three of them winning the gold medal… I would take all the credit, but the credit comes from up there, because that was a real blessing …“said Jean Lopez, USA Coach, to masTaekwondo TV during extensive must-see interview.

Winning the Madrid World Championship would mean the third World title for Steven and the possibility to start dreaming of becoming the most successful athlete in the history of our sport. But Madrid would become even greater for the Lopez brothers.   The fact that three brothers became World Champions in their respective divisions was something that had never happened before and in fact it has not been repeated, especially taking into account that their brother, Jean, was their coach.

“I competed on the first day of competition in Madrid 2005; I won and got my third World Championship gold medal.  I felt great; I was the only non-Korean to win more than two World Championships. I was also happy because I did it on a different weight division; in 2001 I did it in the Light division and in 2003 in Welter.   In Madrid I had the opportunity to sit as a spectator and watch Mark and Diana fight on the last day of competition. I saw how Diana advanced to the final and faced the Korean, I was very nervous and wanted to do something but I couldn´t.   Diana did a great job and beat Korea. Then it was Mark´s turn, because he was next. I remember when Diana approached Mark and said “Don´t let your little sister be better than you “, and Mark also faced the Korean athlete.  Seeing my brother and sister beat Korea in the final and seeing Jean with the satisfaction of having three countrymen as World Champions at the same time… it was a real miracle”, said Steven in the same interview, generating emotion and attention, as if it were a movie, in the masTaekwondo.com team who were working in this report. 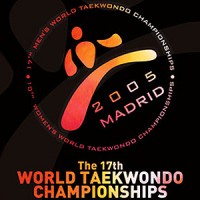 When masTaekwondo TV reminded Steven that he also had beaten Korea, he remembered that fight as follows: “Yes, I faced Korea in the first combat, that is something that people saw; they saw how I beat Korea, they saw Mark and Diana beat Korea.  Those facts made people think that Korea was not unbeatable.   Korea has been world power for a long time in Taekwondo and when you see in the Charts that you have to face them you feel that you will lose even before the combat.   I think and hope that we were able to give people the idea that Korea is like any other country. That’s why I believe that Taekwondo changed that day. “

The impact caused by the Lopez family in 2005 would not end in nothing. In 2007, the Koreans lobbied to change the competition rules and to change the knee block technique, a resource continuously used by Steven Lopez.  “In 2007, the new competitions rules were implemented.  It was clearly a strategy against us, there is no doubt about it.  It was very hard to fight against us because it was a great defense technique.  Such is sports…“ Jean says.

“We took it as a compliment, because we didn´t say ´we will not use the knee block anymore because Steven beat everyone (laughs)´.  That didn´t happen, we just knew that the knee defense technique could no longer be used and our reaction was oooooohhhhh… well it is ok…. We got the message.  We felt proud to know that they had to modify the competition rules in order to be closer to Steven´s performance”, said the older Lopez brother.

Regarding Jean López´ comments, Steven, the five-time World Champion and two-time Olympic Silver Medalist, says:   “As Jean says, they can implement any rule, I will find a way.  I think that a true champion will always find a way.  I am one of those people, who like to be in control, but unfortunately in Taekwondo there are some things that are out of our control, like rules, referees´ decisions, electronic protectors, where some actions are registered and some don´t, but I do not care about that stuff because one always has to find a way.  You have to find a way to win and when you have that idea in mind, you will not feel like a victim, you will come out to the mat and fight like a champion.  The most important thing, and it is what my brother always tells me is that it is not the medal, of course the medal symbolizes hard work, but more important is your performance, go out and fight with all your heart. “

In 2007, Steven showed that attitude again and won the World Championship (the fourth) and beat Korea in the Final.  Two years later he did it again in Denmark and won the fifth consecutive gold medal in a World Championship, becoming the most important Taekwondo athlete in history; a history where López does not refer to a person but a family and a history of success.  It may pass many years, but they will always be remembered and people will talk about them for ever.