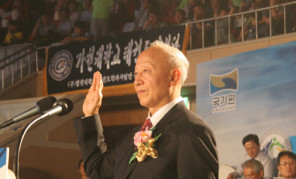 The Opening Ceremony was held on August 28th at the Daejeon Metropolitan City, Chungmu Gymnasium and was attended by important sports local personalities and around 5,000 spectators.

“The Taekwondo Hanmadang is becoming a global festival in which athletes from all over the world come to enjoy our sport as a family, however we still have a long way for further development” said the president of the organizing committee during his speech.

On the other hand, the Mayor of the city said he “is thrilled to have a lot of visitors in the city located in the center of the Republic of Korea, where arts, culture, science and technology play together in harmony”. Additionally, he highlighted the philosophy of taekwondo based on respect for each other, cultivation of a healthy body and mind and not forgetting the social commitment Taekwondo has with society.

The opening ceremony started with the Kukkiwon Taekwondo Demonstration Team ‘s performance to the 5,000 spectators that filled the gymnasium. Demonstration team for each of the continent overcome cultural differences and show unity through Taekwondo performances. The ceremony continues with a colourful celebration. 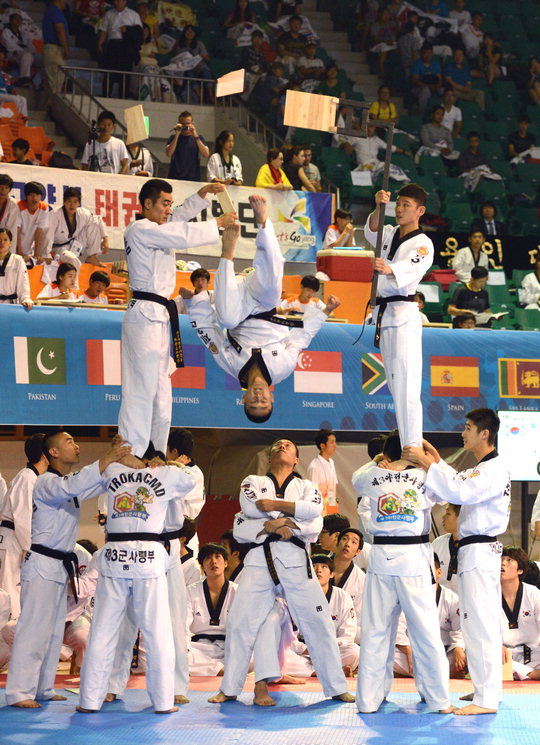 0 thoughts on “Taekwondo Hanmadang 2013 was Inaugurated in Korea”