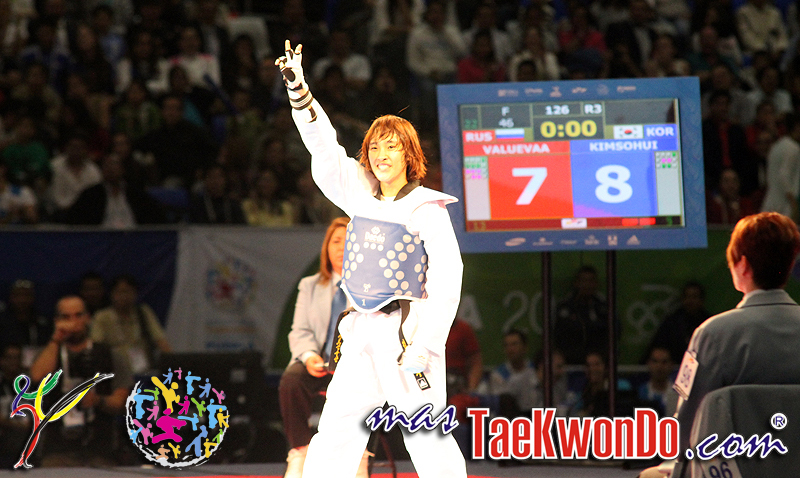 In the recently exclusive interview, issued by masTaekwondo TV, with Mr. Adit Arora, creator and Project Manager of the Grand Prix and who is also in charge of the WTF Ranking modifications, (See: Adit Arora explains the details of the WTF Grand Prix) he said that due to the direct qualification for the Olympics through the WTF Olympic Ranking, each country would be able to qualify up to eight athletes.

These statements have not yet been confirmed by the WTF Sports Division, but according to our analysis, if Arora´s statements are confirmed, it could cause some problems for teams with fewer resources or less sporting abilities, because if Korea, a world sports power, just to name one, but we know there are many, gets to qualify eight athletes, many countries that had until now the possibility to qualify one or two athletes, will no have any chance at all with this new qualifying system.

Up to this day, the Grand Prix rules  as well as the Olympic qualifying system are still a mystery almost indecipherable for most Associations, because since the news was public a few months before, the information of how they will be put in practice have been changing each time an question is done.

During the Technical Conference held during the last World Taekwondo Championship in Puebla, Mexico, the WTF conducted extensive technical presentation of the procedures of the Grand Prix, but when masTaekwondo.com asked officials, they informed that what they presented in such conference would be modify soon and that they would informed in due time about the modifications because there were many issues that had not been taken into account previously.

A month after that presentation, the WTF has not been able to clarify the increasing doubts and there are still not precise answers although masTaekwondo.com and masTaekowndo+ have insisted almost every day to get their answer.