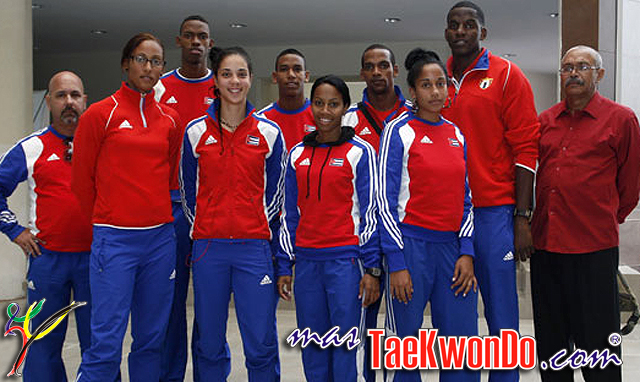 Led by bronze medalist at the Olympic Games, Robelis Despaigne Sauquet and Glehnis Hernández Horta, the Cuban delegation arrived over a week ago to the High Performance Centre Mario Vazquez Raña.

“We want to participate in the World Cup; we went to Guadalajara previous to the Pan American Games and we became champions.  We cannot train abroad due to the economical situation in Cuba but we are doing it.  We will compete and the mat will give the last word”, said the President of the Cuba Taekwondo Federation, Carlos Banasco Garcia.

The group of eight members -four men and four women- will be doing double training sessions, in order to acclimatize to the Angelópolis´ altitude.

“We have young athletes with a big future; we just recently held the National competitions and we have come to try to compete with the elite, with the Olympic spirit” he added.

Robelis in +87 kg, won the bronze medal at the Olympic Games London 2012, while Hernandez Horta won gold at the Pan American Games Guadalajara 2011, and a fourth place in London 2012. 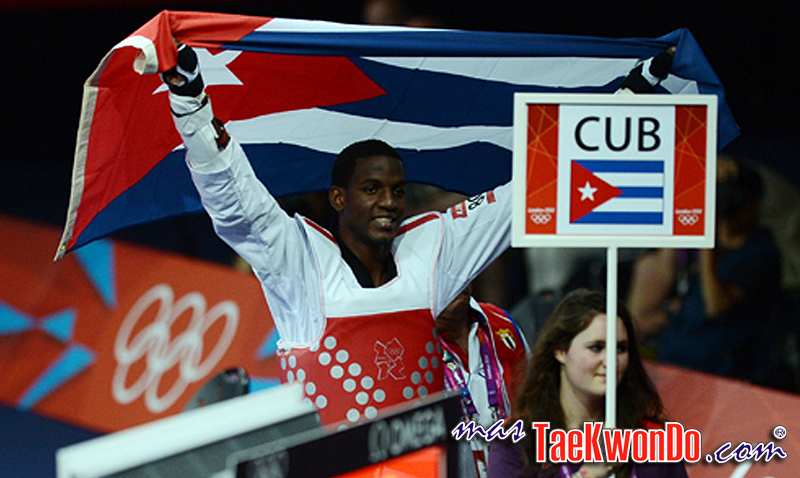 Contrary to what the President said, the experienced Guadalajara 2011 Pan American Champion, said his goal is to get a medal, to bring joy to their nation.

“I have accumulated a great experience in these years, after all competitions,  I come very strong with another perspective  and I feel ready to fight for a medal,” he said.

The mission will not be easy because he will face the representatives of Gabon, Italy, Korea and Mali, who, according to Despaigne  Sauquet, will be the rivals to beat.

It is important to mention that Cuba have obtained various medals throughout its  history in world championships:  seven medals, one gold, three silver and three bronze, while in the Olympic Games has always been on the podium since his debut in Sydney in 2000, with five medals, one gold, two silvers and two bronzes.

The World Taekwondo Championship is scheduled from July 15 to 21 in Puebla and therefore more than 45 representatives are concentrated in the High Performance Centre of La Loma in the state of San Luis Potosi, in order to adapt to the altitude.

0 thoughts on “The Cuban representatives are already preparing in Puebla”