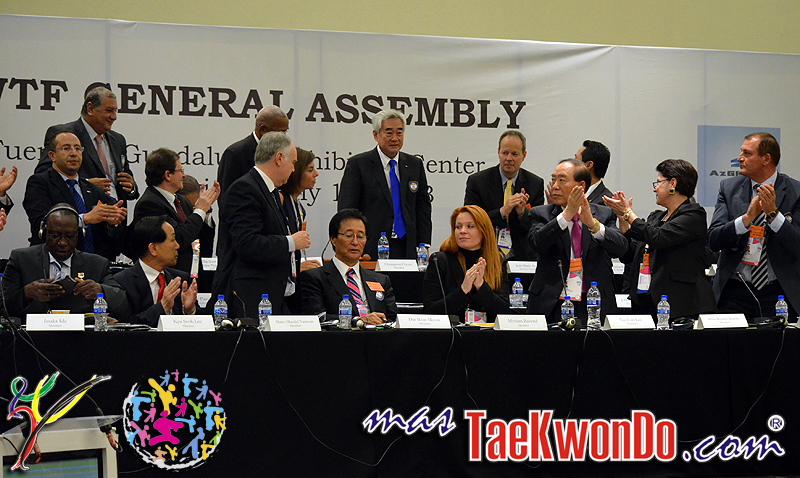 A lot of speculation was circulating about who would be the new members WTF top leadership, however this Sunday July 14, the answers were clear after the WTF Elections that were held during the WTF General Assembly before the WTF World Taekwondo Championshps.

Out of the 204 member nations that are affiliated to the World Taekwondo Federation, only 142 are active. What does “active” mean?  According to the WTF Statutes an “active” federation or association is the one that compulsorily participates in the World Champions, Senior and Junior, and that has already paid its affiliation fee.  Out of 142 member nations mentioned, only 136 have the right to vote.  Why only 136 have the right to vote?  It is because the other six federations or associations are affiliated to another MNA.  For example, Macaco belongs to China and therefore does not have the right to vote.

The position of President remains the same as masTaekwondo had already informed in due time in its article “Dr. Chungwon Choue will be the only candidate for the Presidency of the WTF”, the other candidate Moon-Jong Hong, Secretary General Saenuri (political party currently governing South Korea), only opponent to the president of the WTF, withdrew his candidacy and this fact positioned Dr. Choue as virtual president for the 2013-2017 term, fifteen days before the election.

During the elections the voters had to elect: A candidate for president, three vice presidents, fourteen council members and two auditors.

As elected President, Dr. Choue has the privilege to choose the Secretary General, the Treasurer, three Vice-Presidents and 10 WTF Council Members; among these council members there must be two former athletes, one man and one woman, having eight years of retirement from sports competitions. 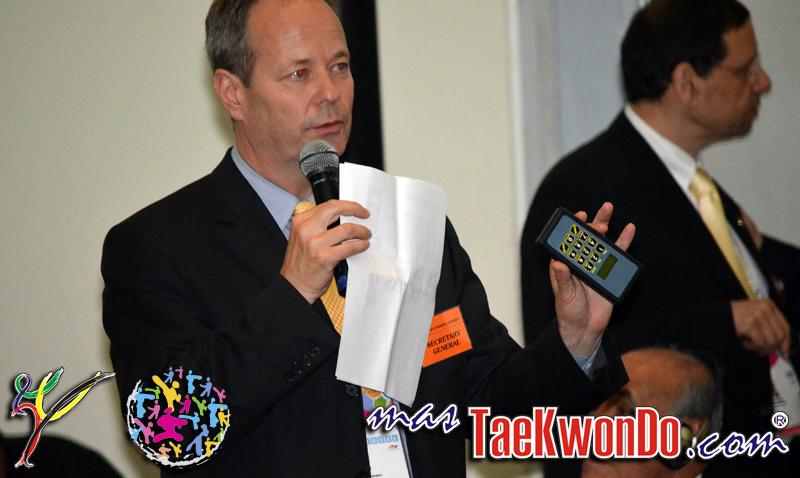 The three new WTF vice presidents (eventually there will be six) are: Ahmed Mohamed Fouly of Egypt, Kamaladdin Heydarov of Azerbaijan and Sun Jae Park of Italy.

Meanwhile the fourteen elected Council Members were distributed by continents as follows:

The ten remaining positions for Council Members will be designed by elected President Dr. Choue.

The 14 Executive Council  Members elected by the MNA´s vote are:

As informed several months ago, it was announced that these elections would be carried out by electronic voting system, however they were done by traditional ballot system, because the controls did not work properly, forcing the Electoral Committee to desist from using the new system.

Many WTF leaders will repeated their positions during this new term in a time when it will be important to ensure that Dr. Chungwon Choue is surrounded by a solid group and loyal to his thoughts and philosophy.

In a few weeks we will know the names of the people who will complete the WTF Executive Council during the period 2013-2017 and masTaekwondo.com will keep you informed. 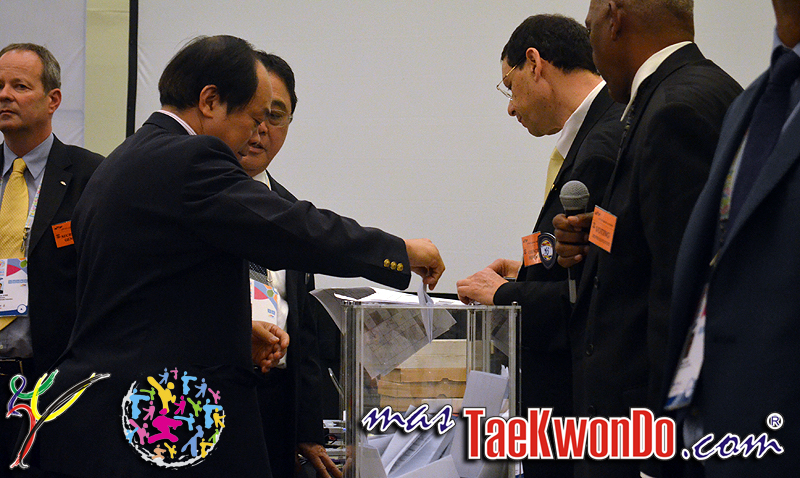