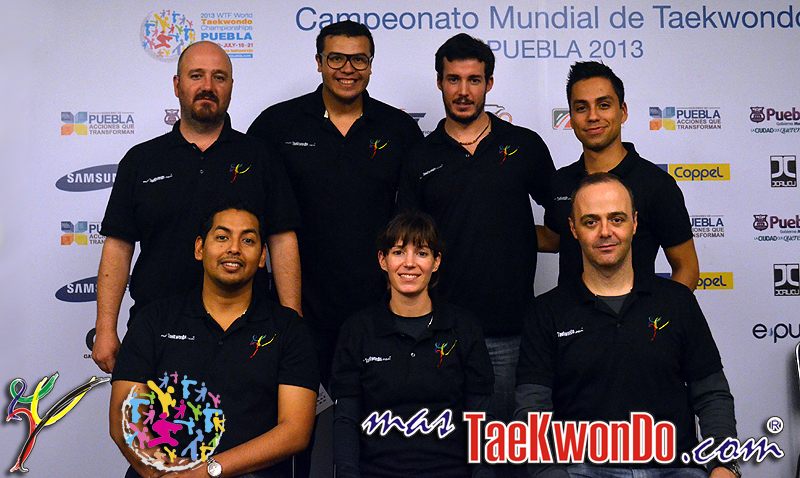 We have experienced many international global events but we have never encountered anything like it. Many may talk or write about what they watched in the broadcast, but we felt the emotions generated by the Mexican public overflowing the Exhibitor Center of Puebla; we felt the power of the hits and the thrill of the victory as well as the sadness of defeat, because were there, from 8 am to 10 pm for seven incredible days.

We always said that Mexico knows how to treat people and organize amazing events. We have had the opportunity to be at many different events, such as the World Youth Championship and World Qualifying Tournament for Youth Olympic Games in Tijuana, the Pan American Championships in Monterrey, the Pan American Games in Guadalajara, the Continental Qualifying Tournament for  Olympic Games in Queretaro, the events taking place in CAR La Loma and we were invited to the Bicentennial Cup and the final of the Mexican Taekwondo League, that is why we know from experience that Mexico is passionate about Taekwondo and the popularity this sport has gained in these past years, because we have  felt it first hand.

What happened in Puebla between July 10-21, 2013 undoubtedly will mark “a before and an after” in masTaekwondo.com because we prepared ourselves for this event as we had never done so far. We arrived in Puebla on the 10th of July with a team of seven people and prepared to work tirelessly, trying to show to the world what was happening there, undoubtedly much more important than the volcanic activity in the Popocatepetl.

We worked in two teams (MasTaekwondo.com and MasTaekwondo TV) and did something that had never been done before: broadcast live the Head of Team Meeting and Drawing of Lots, which was followed simultaneously by thousands of people through our channel www.masTKDsports.tv .  Later we covered the WTF General Assembly, where elections for new officers for the 2013-2017 terms were held.

We published thousands of pictures, endless video and written interviews, stories of what was happening and filmed several specials that will be published in the course of the next few weeks.

If we name all the people who worked with us during these days, we would surely forget more than half.  It was amazing to see the willingness to help us from the voluntary and the WTF and FMTKD staff.

Juan Manuel Lopez Delgado, President of the Mexican Taekwondo Federation and new member of the WTF Executive Council, had meetings and obligations that exceeded the daylight hours, but often he made time to visit us and tell us to contact him if we needed something.

We shared many days with colleagues from other media and we were part of the popular party Taekwondo needed.  European, Asian and leaders from around the world saw how Mexico experiences and lives Taekwondo, and surely Anatoly Konstantinovich Terekhov, President of the Russian Taekwondo Federation, organizer of the upcoming World Taekwondo Championships gulped and thought: “… and now how can we surpass this in two years in Chelyabinsk … “

As responsible of this media, I would like to thank the team who worked relentlessly from the beginning to the end of the World Championships and the previous days. I am convinced that without each of them we could not have achieved this. Thanks to Laura López Rodríguez, Matías Rojas, Alex Korram, Pablo Adrian Aranda, Marcos López Rodríguez and Chava Pérez, not forgetting our Systems Manager, Ricardo Pineda, who prepared the servers to avoid collapsing during the event, and he was like a Sentinel watching and assisting us. We must also thank people who, from the editing room, worked hard as Bety Rodriguez, Silvana Ramírez Cuevas and Antonio Aranda.

Although the World Championships is finished, we still have a lot of material to publish, so we invite you to stay tuned because “masTaekwondo doesn´t sleep”. 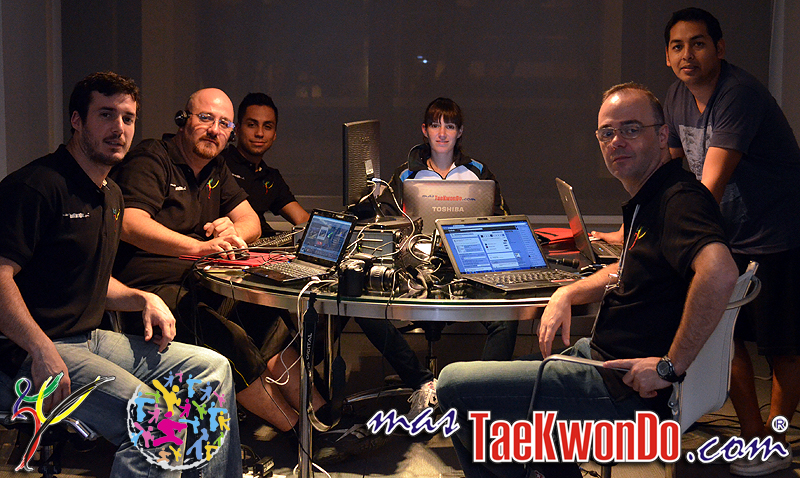