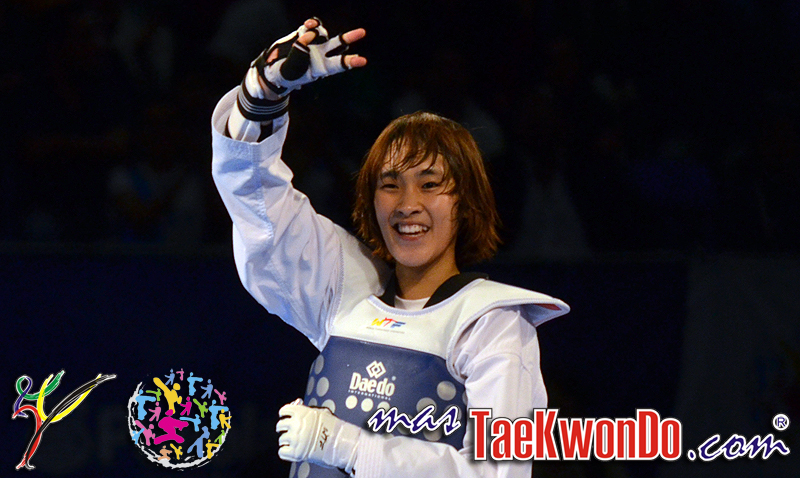 Korean supremacy and a style totally adapted to the electronic protectors placed, so far, to this country at the top, in Puebla 2013.

A World Championship with many new competitors and new faces and the absence of legendary figures, makes this event a new starting point for what will surely be the birth of new stars and the retirement of others.

Still not got even half the “WTF World Taekwondo Championships” so it is premature to give an accurate forecast on the final medal count, especially when figures like Turkey Servet Tazegul have already fallen and countries like Korea, Iran, Thailand, Taipei, China and France, do not want to give ground to the teams who came to Mexico hoping to go up to the podium.

The first day (Monday, July 15) it was the time for the Fin Female and Fly Male divisions.

Men’s-58kg division: The second gold for Korea was reached by Tae-Moon Cha, who defeated Iranian Hadi Loron Mostean 9-8 at the final. Cha reached the final after defeating the local Damian Villa in the semi-final match 10-3, while the Iranian Loron got his ticket to the final leaving the bronze medal to the Brazilian outstanding athlete Guilherme Alves.

The first day finalize leaving Korea at the top of the medal table. 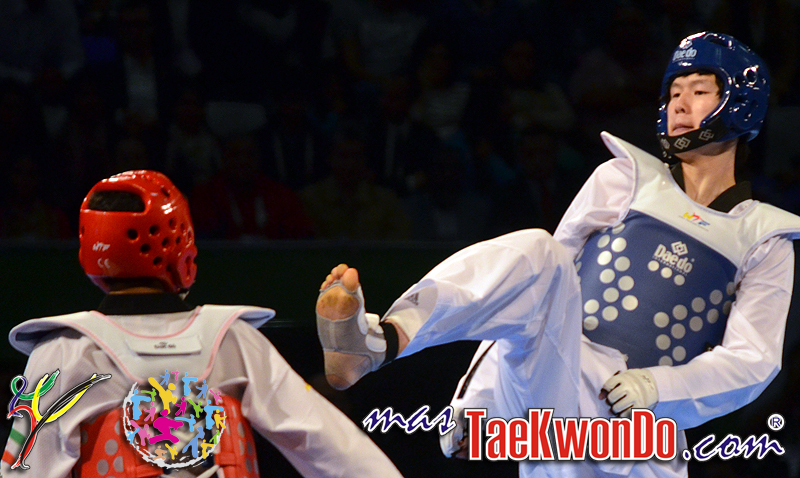 On Tuesday, July 16 it was the turn for the Women’s –49kg and Men’s -74 kg divisions.  It was the day in which a Mexican got to the top of the World after 34 years when they did it in Stuttgart in 1979. (See: After 34 years Mexico recovers the throne in the men´s category)

-74 Kg Men’s Division: Uriel reached the top of the podium in his homeland after defeating in the final Russian Albert Galin by 3-2 in the Light división -74 kg-.  He made a great comeback with a twisting action Tuit Chagui just a few seconds before the end of the match. The Russian began with the advantage of the minimal difference, but Uriel tied the scoreboard very soon.  After trying on several occasions to anticipate to hit the electronic protector he finally got a double point and won the match.  All the Mexican fans, at the stands, were emotionally overflown.

In the semifinal, Avigdor Adriano showed  the Aztec claw winning with authority Korean Kim Yoo in, in a fight in which he never, in his own words, lost his concentration and took the lead from the first assault.

Meanwhile Albert Galin reached the final after defeating at the semi-finals Saifeddine Trabelsi of Tunisia.

-49 Kg Women’s Division: The Thai Chanatip Sonkham showed her superiority beating at the second round of the final to the representative of Jordan, Dana Touran, by 13-0. Sonkham took the gold medal after defeating Cuban Yania Aguirre 14-2 in the semifinal. It is clear that this bronze medal is very important for Cuba, since due to its small budget Cuban athletes cannot train abroad neither compete in international events. The other bronze went to the experienced Lucija Zaninovic of Croatia, who fell in the semis against the Jordan athlete by 6-3. 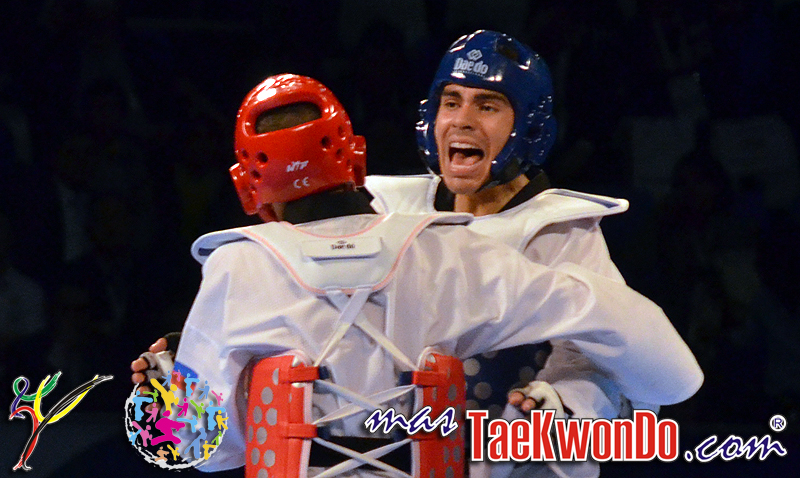 On the third day (Wednesday July 17),  Female-67 kg and Male -68 kg divisions saw action in Puebla 2013.  The day in which France and Iran won their first medals, and to enter the fight, it was with the golden ones.

-67 Kg Women’s Division: The French Haby Niare won the gold medal after beating Chinese Taipei’s representative, Chia Chia Chuang , for the minimal difference (5-4) and thus France enters in the fight for the medals, maintaining its excellent performance shown at the last world championships with the female team.

The podium of the day is made up as follows:

-68 Kg Men’s Division: The new combat system can give us big surprises that old Taekwondo lovers that like to see fights with a lot of interchange actions can be disappointed.  During the third day Iran got its first gold medal in the final after beating Korea.

Behnam Asbaghikhanghah took the title in the Feather division after beating Korean Hun Kim, who, in the final seconds made a clear action hitting the head; however it seemed that the referees did not see it.  It would have been a deserved victory for Korea, who ended up losing by 5-4.

The Iranian representative showed a conservative style since the beginning of the day, who using his anticipation resource left his rivals to get to the podium.

The bronzes went to Jose Antonio Rosillo of Spain, who lost 8-3 to Asbaghikhanghah and to y Balla Dieye of Senegal who lost to Korean Hun Kim. 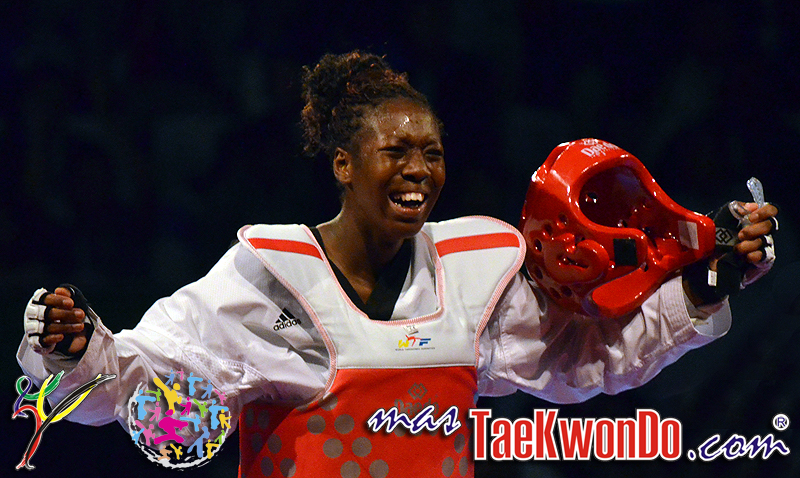