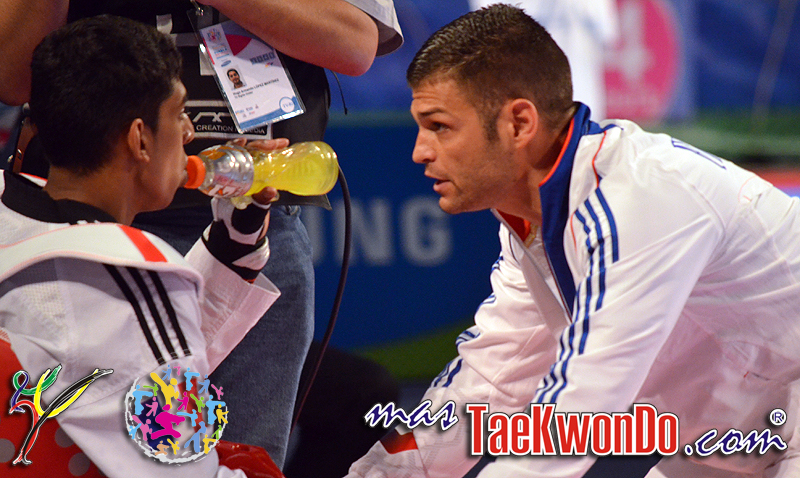 During the World Taekwondo Championships held in Puebla, Ramos was interviewed by MasTaekwondo TV; behind cameras he told us that he had some news to share with us but we must wait to make them public until he gets back to France.

The information which the two-time World Champion was referring to was that he will leave the French technical staff and would return to Spain and live with his wife, Brigitte Yague.

We spoke with Juan Antonio Ramos and he explained the details of this shocking news; we share with you our conversation.

After the great achievement in the World Taekwondo Championships, where you, as a coach, got two medals, one with your athlete from Gabon and another with France, we have just learned that you will quit the training the French team.  Do you confirm this news?

Well, the news is true.  After a lot of thought, I made the decision to leave France and move to Majorca to live with Brigitte.

What would be the reason that a coach like you, in one of the most successful moments of his life, decides to leave a successful national team as the French?

As I said before is to live with my wife, Brigitte. It is just a purely personal issue; there has not been any problem with the French Federation, on the contrary, I am delighted with them and I appreciate their understanding about the decision I made. From the first moment to this day they have supported me and I have only words of thanks for giving me this great opportunity that began in 2010 and will finish in September 2013.

Can you tell us about your future project in Majorca?

My intention is to create a high competition elite club for high-level athletes who have no means to train in their countries with the best conditions; they would be able to come to my club and have the best conditions. This initiative is new in Europe. I want to give the opportunity to people around the world who have no means in their clubs and countries to receive the best training. 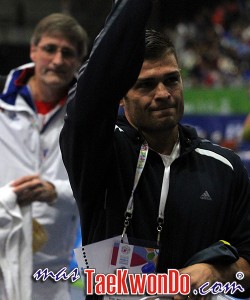 Will you continue training national athletes such as Anthony Obame, Brigitte or Chino Mendez, who is from Majorca?

Yes, I have already two athletes Anthony Obame  and Brigitte Yague. And I’m coordinating with two African countries the possibility that their athletes come to my club and prepare them for the Olympic Cycle until Rio 2016.

What will be the structure of your club?

I want to cover three areas:  children, adults and the third would be high competition.

How was your experience working with the French National Team during these years?

I learned a lot from great professionals, great friends.  I gained a lot of experience and the satisfaction of establishing myself as a coach.

We learned that you had some job offers from different national teams, even from the Spanish Federation.  Is that so?

Yes, everything is true.  I had offers from Mexico, Great Britain, Equatorial Guinea and I have also been in negotiations with Spain. But in the end I decided to create this elite club to help athletes that cannot afford to train out of their countries in the best conditions.

Being in charge of an elite club as the one your describe will represent a great challenge.   What would the athletes that decide to train in your club find?

It is a huge challenge. I can offer people from different countries around the world, high-level training, high level competitors and I can also offer the option of being their coach in all international competitions (Grand Prix, Continental Championships, World Championships and Olympic Games)

Because there are many competitors who go to international events without a confident and experienced coach and they have to find one there, and it’s very important have some one experienced behind you.

Do you feel supported in this new project? By whom?

I don´t know yet, now that he get to Mallorca I will talk to different people in order to get a sponsor.  I will try that the process becomes much easier.  It is an innovative and very attractive project.

What do you think of the results in the World Championships that has just finished? Do they make you rethink something in your training system or everything worked out as planned?

The results were good.  France had not won a medal in the men´s team since Madrid 2005, and we won it here, without counting Anthony´s medal. In total we won four medals for the French team one more than the previous World Cup in Korea. However, I always think to improve the system, not to be stuck and evolve.

Thanks, Juan, for trusting masTaekwondo.com to make public this important news.  We wish a lot of success!

I would like to thank you for giving me the opportunity to explain my future project,  I hope everything  turns out well;  it is a challenge in my life, risky but very interesting and innovative that can help many people if they trust my project and me. The truth is that I’m very excited about it. 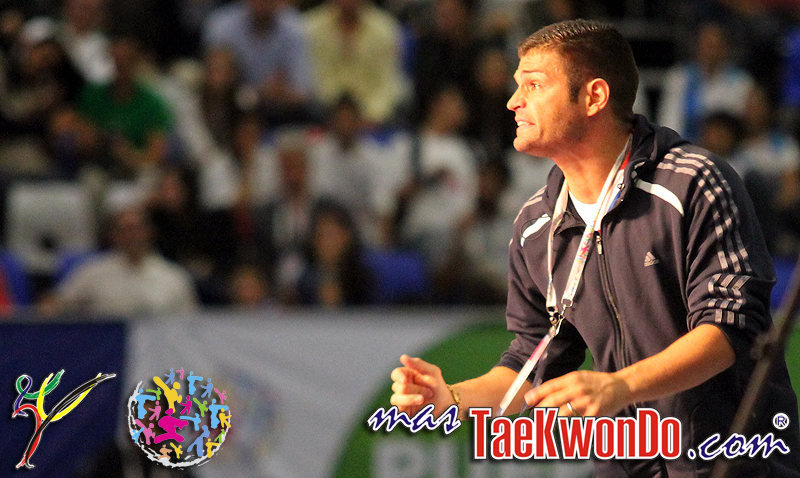