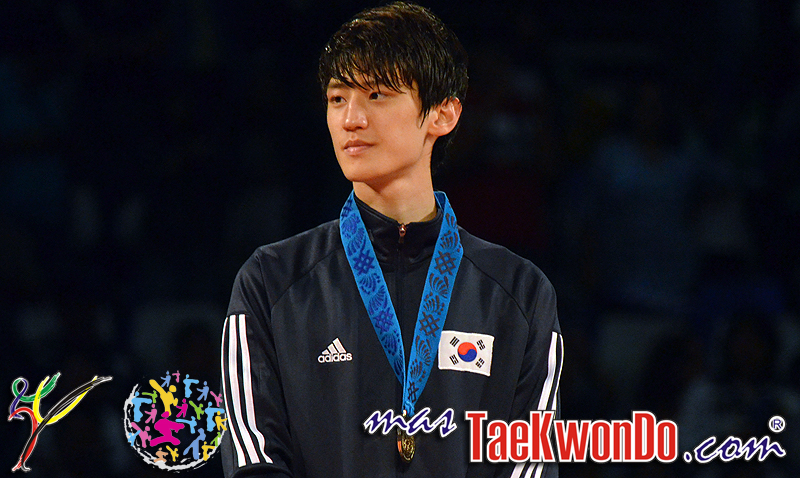 In the Bantam division -63 kg, the young Korean, 21, who already held the world title achieved in Gyeongju 2011, was simply a “bulldozer”  during the competition on Saturday,  July 20 at the Exhibition  Center in Puebla, a day in which he sum up 89 points in this six combats and only 25 points against.

During the final of the London 2012 Olympic Games, Lee could not win the title after losing against Spanish Joel Gonzalez in the Fly division -58 kg, 17-8, but during his participation in this World Championship in Puebla, he had his revenge and beat the Catalan ( Joel did not came in the best conditions due to an injury he suffered during the Spanish Open), in the combat to obtain the pass to the medal zone 20-7. In this occasion it important to highlight a passage of the combat when the Korean hit three times Joel´s head in just few seconds adding nine points in a row.

At the end of the sixth day Korea accumulated six gold medals, two silver and a bronze, still pending the Sunday’s competitions in the  Light Female -62 kg Welter Male -80 kg. 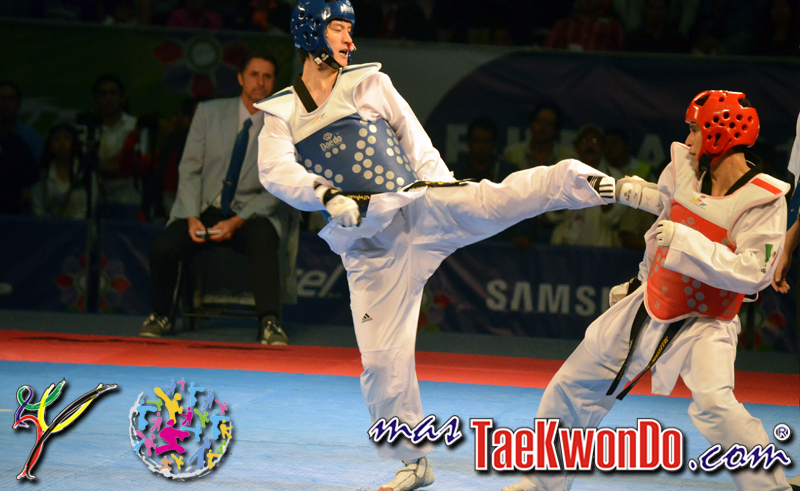 The road of Dae-Hoon Lee to the top of the podium began early when he faced the Guatemalan representative (16-3).  In the second round, he continues winning and crushed China 13-1. In the following combat, he leaves Iran without hope, defeating the Iranian 15-3. As explained before, in the quarterfinals and in the fight to secure a medal, Lee defeated the two-time World Champion and Olympic Champion, Joel Gonzalez of Spain, 20-7. In the semifinals he faced his toughest opponent, Chen Yang Wei of China Taipei, who forced him to develop his full tactical qualities and left the Chinese with no hope of being in the final by a score of 9-7.

The final was against the Mexican Abel Mendoza, athlete who excited the crowd at the Exhibition Center in every action he did and maintained a relatively even match over the course of the first two rounds.  However, in the last round he lost the control of the combat and became also a victim of a difference of 12 points (16-4), which forced to finish the fight before the usual time.

For Mexico Abel Mendoza´s medal represented the fourth and second silver medal, placing this team as the second most successful in Mexico´s history, behind the1979 team  which won one gold, four silvers and two bronzes. 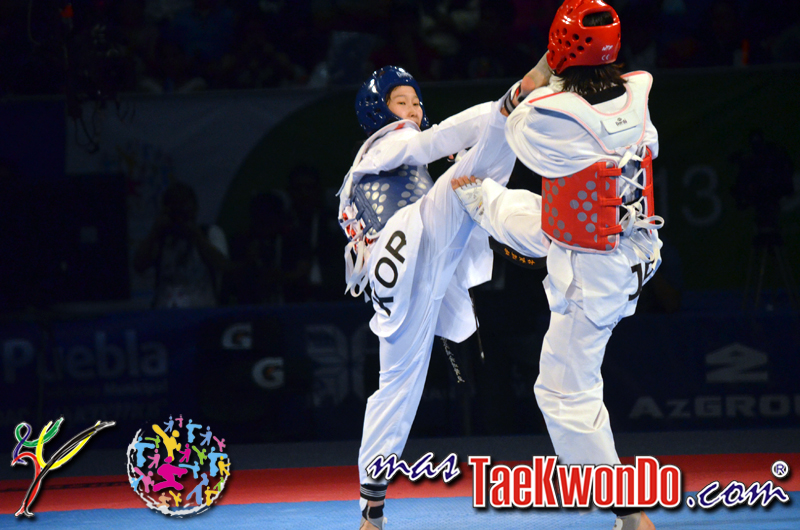 On the women’s side, Korea also got the title in the Feather division -57 kg.

In this category, two Asians, two Europeans, Korea, Japan, Germany and Spain went up to the podium.  For the Spanish team this was their second bronze medal, in their weakest performance over the past 30 years.

The South Korean gold was won by So-Hee Kim, who had a long road to the gold medal.  She beat Kazakhstan in the first round and El Salvador in the second round due to a disqualification, (although we know that Laura Vazquez never arrived to Puebla).  In the third round, Kim beat Jordan and in the in quarterfinals Azerbaijan.  In order to pass to the Final, Kim beat Anna-Lena Froemming of Germany. For the gold, she won in a very good fight Mayu Hamada of Japan.

The podium of this category as follows: 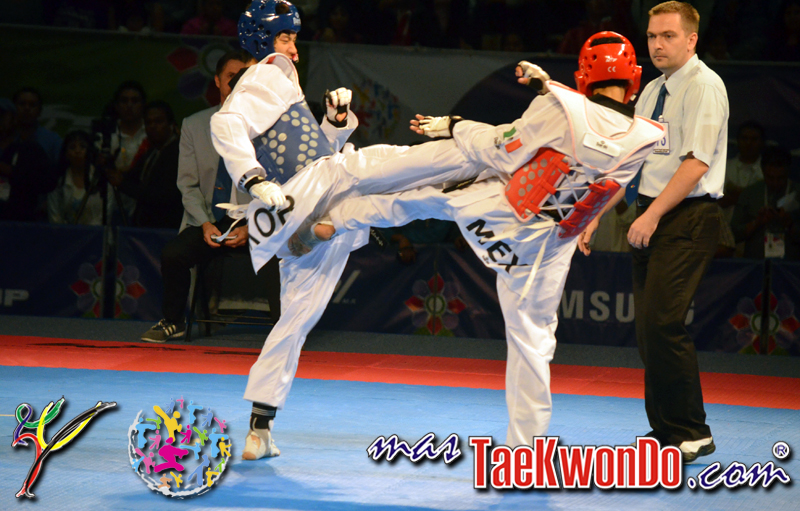 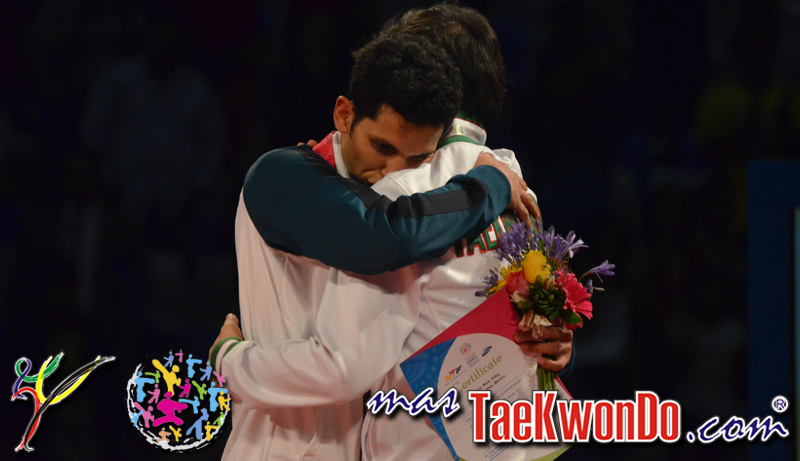 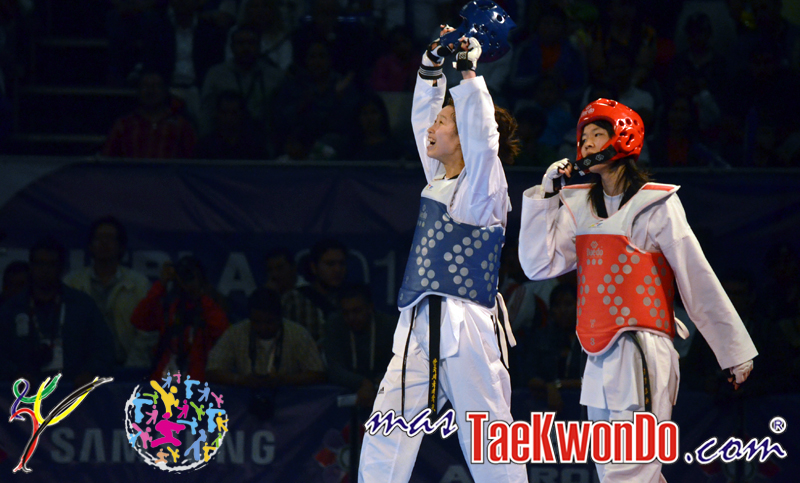