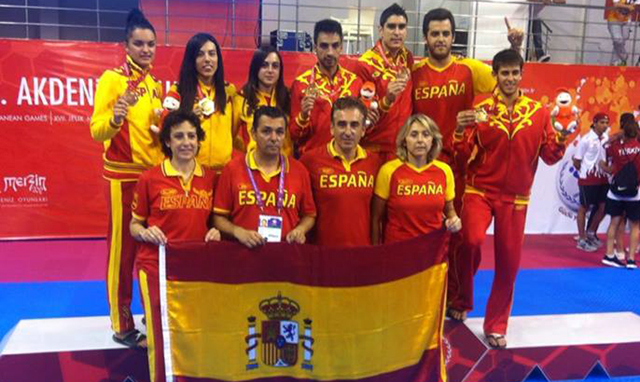 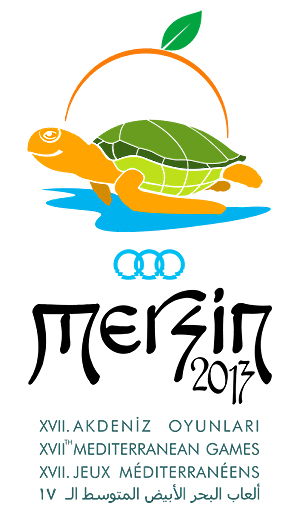 The “Mediterranean Games”, are a multi-sport event of the Olympic cycle that brings together 17 Mediterranean nations, this time they were held in the city of Mersin, Turkey on June 20-30, but the Taekwondo competition was held last weekend.

The Turks, led by Olympic champion Servet Tazegul presented themselves as the favorites to go up to the top and keep the championship title for Taekwondo, but Spain had seven athletes (Jose Luis Mendez, Daniel Quesada, Nicolas Garcia, Mikel Bernal, Paula Benes, Eva Calvo and Rosana Simon) that did not let it happen and the Turkish moved into second place and the French to the third.

This new title was achieved thanks to the gold medals won by Daniel Quesada, Jose Luis Mendez and Eva Calvo, while Nicolas García and Rosana Simon made their contribution with the Bronze medals.

During the first day of Taekwondo in the Mediterranean Games, the first gold came with  Eva Calvo (-57 kg), who beat the French Floriane Liborio by 2-1 and thereby accessing to the semifinals, where she defeated the  Moroccan Lamyaa Bekkali 5-0.  At the Finals she fought against the host Turkish Atice Ilgun, who was defeated by 3-2. On the same day, Mikel Bernal and Paula Benes also competed, but could not reach any medal after falling in the preliminary rounds.

On Saturday the athlete responsible for carrying the Spanish flag at the top was Mendez in the Fly division (-58 Kg).  In the quarterfinals he defeated Moroccan Abderrahmane Guennouni, 6-3.  In the following fight he faced the local Pozan Firat, who fell against the Spanish by a score of 5-2.  At the Final, Mendez had to face the French representative, Flavien Furet.  Mendez began in disadvantaged on the scoreboard, but finally he got a tie.  In the fourth round, in an action to the head he got a gold point and so he got the gold medal.

In the Welter division (-80 Kg), Olympic and World silver medalist, Nicolas Garcia failed with the Tunisian Oussama Oueslati and obtained the bronze medal, having defeated in the semifinal Bosnian Gredic Armin. 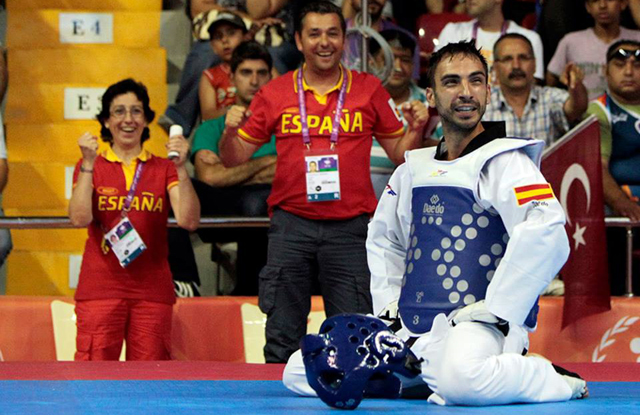 During the closing day of Taekwondo in Mersin 2013, all the applause was for the World Junior Champion Daniel Quesada, (-68 kg Feather division) who, beat at the quarterfinal the Greek athlete Stylianos Papadopo, 8-2.  Then, in order to reach the Final, Quesada had to face the Olympic and World Champion Servet Tazegul of Turkey, and very cleverly managed the combat, but he was almost disqualified. During this combat, Coach Fran Martin´s performance was critical because all claims were accepted and three times he had three points dropped from Servetus´ account when corner judges had already given them to Servetus. The final score was 12-7 in favor of the Catalan. At the Final defeated the Italian Claudio Treviso 6-2.

During Sunday,  Rosana Simon, World Champion, also participated and contributed with a bronze medal the +67 kg weight division after losing to French s Maeva Mellier by a close 4-5.

Thus the Spanish Team makes it to the top of the podium of the 17th edition of the Mediterranean Games and it is already preparing to concentrate at the High Performance Centre of Sierra Nevada in Granada, Andalusia for the World Taekwondo Championships that will be held in Puebla, Mexico.