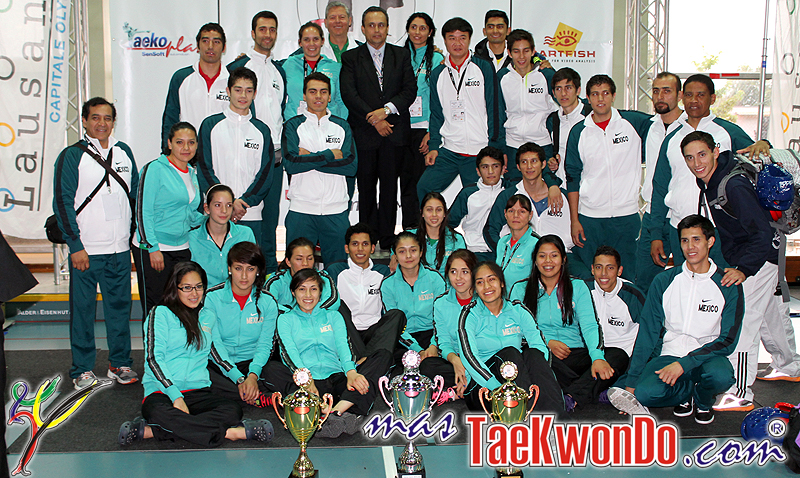 The Mexican Taekwondo Federation has reported that after several months of training, camps and participation in international events, the last one carried out last weekend at the Swiss Open, their national team was defined, and is composed of eight women and eight men.

The coach team for both national teams for the World Championships Puebla 2013 to be held from July 15 up to 21 will be: Gülsah Alonso Tapia, Bang Young In, Pedro Ignacio Gato Cruz and Rosendo Alonso Tapia.

The Federation reported that all members of the Taekwondo national team will continue their training in the Mexican Olympic Sports Center (CDOM), and from July 8 they will be in the city of Puebla, venue of the World Championships.

Among preparation plans there could be dual meet among teams like South Korea, China, the Netherlands and Italy who will be on camping in the CDOM.

The 22 years old fighter, along with Idulio Islas are the male team members with greater international experience, which means no extra pressure for them.

“Idulio and I had the experience of a world medal, and the experience of 2011, where he didn’t attend and I was ninth, so this is what we should use as motivation for us and for the kids, to avoid what happened in Korea two years ago, we will do our best to get a great score”.

Villa Valadez and Itzel Manjarrez will be the first Mexicans to come into action in the World Championships on the opening day at the Convention and Exhibitor Center of Puebla.