Before I started to write these ten articles, I decided to find out the turning points which made masTaekwondo.com the leader in information about taekwondo.  I couldn´t answer myself if it were 3, 4, 5 or if all was part of the same starting point.  I abandoned the idea for a few weeks, but again I fell into the trap of the “key dates or events”, and forgive the repetition, the starting point…until I learned about Ireno Fargas, back in October 2007 when the Olympic Teams Camp, the 2nd. Worldwide Leaders Seminar and the 1st World Taekwondo Open were taking place in San Luis Potosí, México.  I immediately knew for certain that that had been the international leap of masTaekwondo.com. 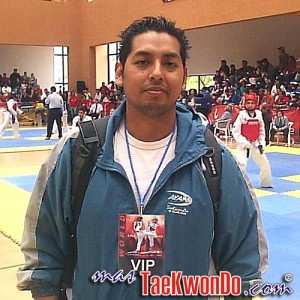 Matías Rojas recalls that he could not find a hotel; there was no place to stay.  “Let me see if I can arrange something” Ireno Fargas had told him.  Matías, from Argentina, travelled to México with nothing but a simple camera, a bag, and one objective:  to cover all the events that would happen in La Loma, San Luis Potosí.  Rojas arrived in the land of Tequila and Mariachis in October 2007, and after spending a night in Mexico City and another in San Luis Potosí suburbs, he finally arrived at La Loma.  The Spanish Ireno Fargas recalls:  “When I quitted the Mexican team I received a call from a friend who had learned about it on a website. That was my first contact with masTaekwondo.com”.

Until that year, which was a key to the website´s history, there had not been news coverage nor had been any record antecedent in taekwondo.  “Finally, I shared a room with coaches from the Netherlands, Aruba and Israel” said Rojas, who during the event was doing all the interviews and pictures.

Going back a few months before,  in mid June 2007, Claudio Aranda, masTaekwondo.com CEO had been hired by the Guatemalan Taekwondo National Team as physical trainer, while Laura López  Ródríguez had been training in that country for several months.  Both had travelled with the Guatemalan National Team to Spain in order to prepare for the qualifying tournament for the Olympics that would take place in Manchester, England.

In Argentina, the Chilean coach, Jeovanni Baeza, was in charge of updating and uploading the posts on the website, including those that Matias Rojas was doing in La Loma, San Luis Potosí in México.  Only three people understood and managed the masTaekwondo.com site, but only two were capable of uploading the posts and news arriving from Mexico:  Aranda and Baeza.  Lopez Rodríguez, who was back in Guatemala, had access to the site´s administration but she had not received any training on how to upload or update the site.  Aranda, on the other hand, could not do it because he was focused on the Guatemalan National Team preparation training.

La Loma was a success.  Daily news, pictures, interviews, descriptions of every detail, but due to an unknown and strange reason the site had not been updated for nearly 48 hours.  “When I checked Claudio´s (Aranda) mail, I saw Matias´ messages, he seemed desperate.  I noticed that Jeovanni was neither doing the updates nor replying emails.  I tried to solve the problem.  I did reverse engineering and started updating and publishing the news and posts sent by Matias”, says Laura.   Baeza, as she said, did nothing.  If the situation would have continued a little longer, it would have been chaotic for the whole team and for the site’s development itself.

Claudio was not aware that Laura had taken the reins up and that she had updated and published all the information, nor did Claudio imagined that Baeza enjoyed  by seeing masTaekwondo.com collapsing  thanks to his strategy of ignoring Matia´s messages and doing nothing.  “Both, Matias and me, thought that Jeovanni was uploading and updating the site. Never crossed my mind that Laura was aware of what was really happening, and that she had taken the sudden, but fortunate, decision of publishing  all the incredible events that were happening in La Loma”, says Aranda. 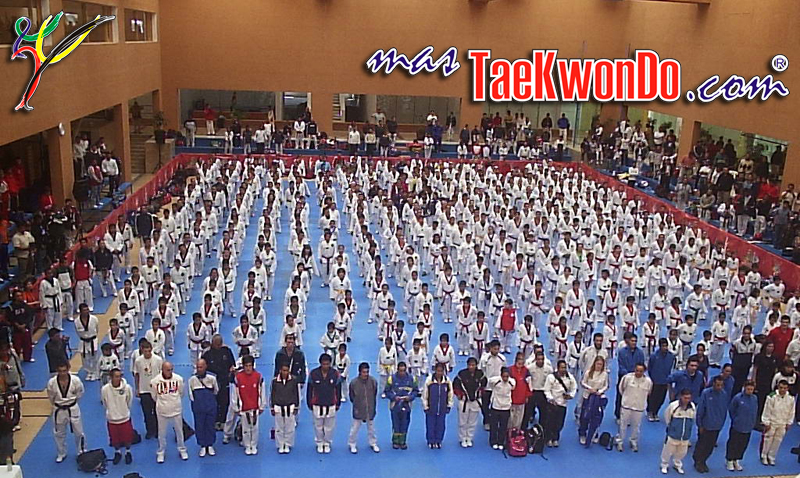 “What happened in La Loma, the unanswered mails, the interviews, the pictures served not only to expose who was part of the masTaekwondo.com team and who was trying to destroy it but also to make masTaekwondo.com popular worldwide”, says Laura.

The protagonists of this story agree that the fact of having been able to cover that event organized by Ireno Fargas, was not only a professional challenge but also a privilege; they felt proud of working closely with Fargas as they all respected him for what he had accomplished as an athlete and as a coach.

“Suddenly, we were working with Ireno Fargas.  All what we had done until that moment with masTaekwondo.com was incredible minimized”,  says Aranda with extreme certainty.

“They have changed the way Taekwondo is seen worldwide.  I think the whole Taekwondo communities, especially the Spanish speaking countries, owe a lot to mas.Taekwondo.com and its creators.  Having fresh and current news every day is a hard work and masTaekwonco.com does it perfectly” continued saying the renowned Spanish coach. 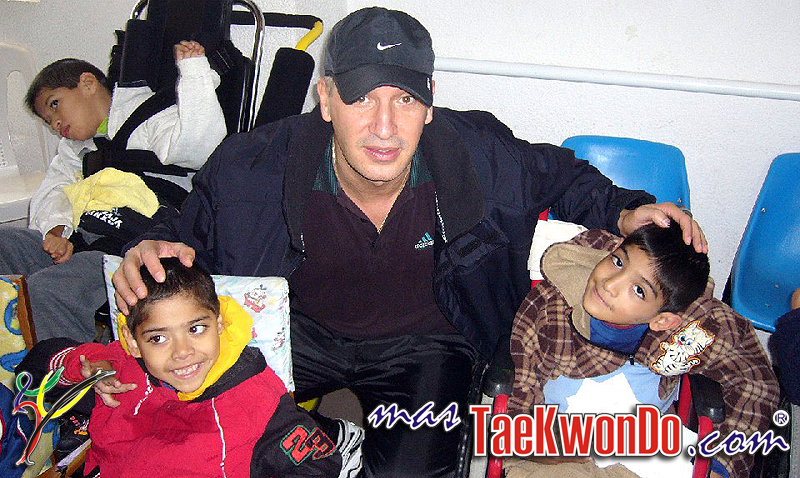 “The opening day of the event, I was shocked. It was hard not to get excited among hundreds of people, World, Olympic and continental champions, and children from the Pro-People with Cerebral Palsy Association (APAC for its acronym in Spanish), for which the IF Foundation was raising funds.  It is not easy to explain in words.  At that moment, I realized of what a person like Ireno Fargas is capable of doing, and I felt proud of being part of that astonishing party” recalls Matias Rojas.

“La Loma´s image has become largely known thanks to masTaekwondo.com.  I have always felt highly respected by them, and for both things I thank them deeply” says Ireno Fargas.

“Besides the constant news and its editorial independence, there is something that makes them really big and it is the capacity to give us information in real time.  We learn about the results in the Olympics, World Champions and Continental tournaments in real time.  That is priceless from the professional point of view.  Unequivocally, and speaking on behalf of more than 120,000 fans, thanks Claudio and Laura”.