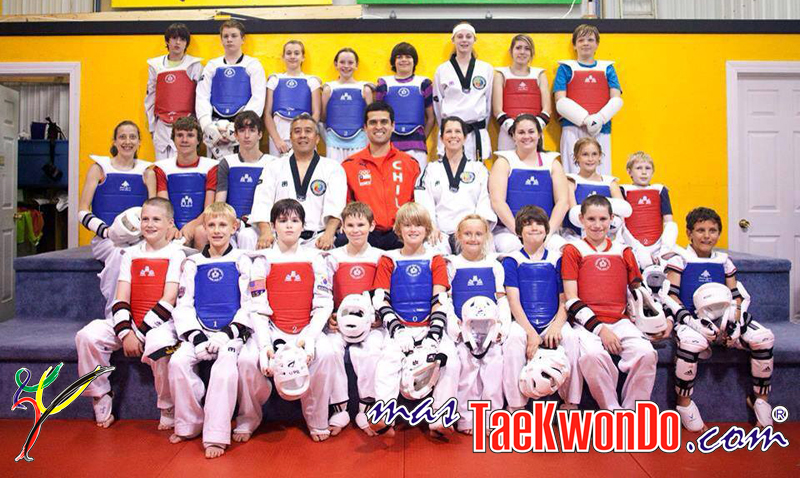 Felipe Soto, who was the Chile Taekwondo National team Technical Director during the last Olympic Cycle, is working on his own training system with various high level athletes.  Asked about the scope of his innovative project, he said:  “The purpose of my trip was to introduce my training method while establishing cooperative ties with some U.S. sports centers that allow us to have strong training bases for future national athletes.  I think the goal was fully achieved because I had the opportunity to visit Master Luciano Medina in Chicago (ChampYon Taekwondo) and Master Javier Duquin Ottawa (DIMA)”.

Soto arrived in the United States, as he explained, to give seminars and training sessions, but also he said that he had the opportunity  to attend an important event in that country.

“I attended an event called “All American Challenge” organized by Master Medina.  I had the opportunity to see the high level of competition and had the pleasant surprise to see the Costa Rica National Team which is training for the World Championship in México”

About his future plans, Soto says:  “I want to continue giving seminar and training camps, but mostly to finalize details for Primus Taekwondo, which main objective is to contribute to the training and education of taekwondo coaches.  A lot of coaches showed interest in my work, so I am starting to plan a new visit to the U.S.”