MasTaekwondo.com could not miss this important WTF Council Meeting where many opinions and discussion were disclosed.  Following the important issues discussed:

Emotions were running high from the moment the WTF representatives enter the room, even higher when one realizes the iconic place where the meeting is taking place. This is the second time the WTF Council holds its meeting at the IOC headquarters, which gives a plus to Taekwondo within the Olympic family.

The WTF Council held its meeting during about five hours, the longest meeting in the history of our sport governing body, and as mentioned before important decisions were made involving all national association members.

The highlight came when the winner of the Host City for the 2015 WTF World Taekwondo Championships was announced:  Chelyabinsk in Russia. (See: Russia defeated Brazil and Vietnam in the run to host the WTF World Taekwondo Championships).  The doors of the Pierre de Coubertin Hall witnessed the parade of all WTF Council members speculating about what would be the best place for the event. 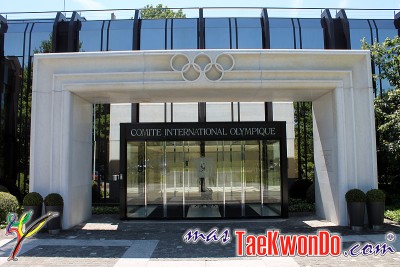 Continuing the struggle between nations searching to be host of an event, Ivory Coast defeated Gabon and Tunisia and so Ivory Coast will host the World Team Championship Cup which will be held in Abidjan on November 28-30, 2013.  Curiously, three African countries presented their candidacy to host the mentioned event, denoting the significant development taekwondo is having worldwide.

In the same way, it was decided that the United Kingdom will be the host to hold the first edition of the WTF Grand Prix in December this year. On the other hand, it was discussed the need of a subdivision in the junior categories, establishing the 1st. World Cadet Championship in the city Baku, Azerbaijan in 2014, after the representatives of this country gave an excellent  and consistent presentation.

Queretaro was appointed to be the host to hold the World Poomsae Championship in 2014 and in 2015 the championships of this discipline will be held in the city of Ho Chin Minh in Vietman.

Other issues discussed during the WTF Council meeting was the unanimous approval of the Executive Board´s proposal on the procedure of the Grand Prix and the specific regulation of Para-Taekwondo events.

Changes in the WTF Ranking regulations were also approved.  On the other hand, the WTF and two organizations representing athletes with disabilities signed two memorandums of understanding in order to place Para-Taekwondo in the next Paralympics Games.

Countless emotions were experienced during and after the meeting and more details are presented in masTaekwondo TV exclusively from the place where the events are happening. You cannot miss it.