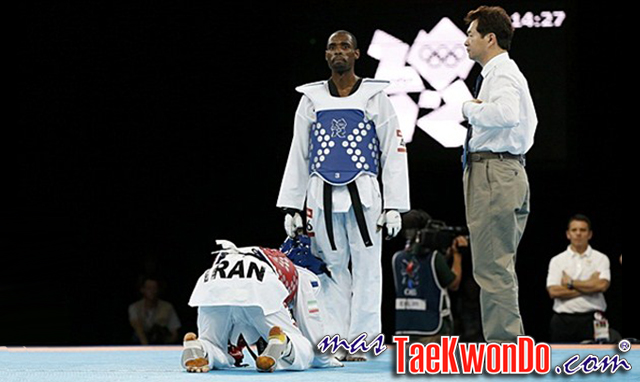 Globalization of Taekwondo had its clearest proof in London 2012, as gold medals were distributed among eight different countries; Korean supremacy in this discipline shown in previous Olympic events was left far.

However, this article brings up an important issue that we should not put aside, especially in these times when we hear and read constantly that one of the WTF short-term objectives is that Taekwondo becomes a sport for the masses, with impressive media coverage and thereby achieve more sponsors. What happens to that audience, the target group to whom they want to get? Do they understand the details and protocols of the sport extremely difficult to understand for the non-expert?

Let´s travel back in time to the ExCel, the astonishing venue where combat sports were held in London 2012.  The stands are fully packed and all the people very attentive to what is happening down on the tatami. However, Sara Basharmal, a spectator, is confused because she doesn´t understand why the referee keeps separating the competitors and shouts, in a language she cannot decipher, what seems to be instructions to the competitors, then he let them fight for a while.  “I think it´s because he thought it was a mistake, but then realized that it wasn´t… and he awarded him a point…or he didn´t?” wonders Sara.

On the other hand, Andrew Whenman, doesn´t understand the meaning of the “the letters and signs on the scoreboard. Some of them look like a “T” and others seem like other letters”

“No, really, I don´t know anything” says Muriel Varella, when asked about her opinion on a combat between a Brazilian and an Iranian that has just finished.  The combat ended in a tie, and then a three-judge panel declared the winner based on the analysis of the player´s technical movements during the match. “Did you see what happened?” she asks her husband “the referee says the boy from Iran won.  He said that if there was a tie, they wouldn´t have a fourth round, so the jury would decide”

“If there is a sport designed to inflict maximum bafflement on the average Olympics crowd, it is Taekwondo…” states emphatically the New York Times report.

Let´s analyze in detail some of the aspects that could bewilder and confuse people who don´t deeply know this ancestral sport born in Korea.

Taekwondo is a sport that has a lot of protocols and many rituals.  Basically, there are two athletes on the mat wearing protective helmets and some kind of vests that have electronic devices to score the points when a kick is counted. Occasionally, athletes try to hit the head.  Like almost all other sports Taekwondo has its own vocabulary, its conventions and its philosophy.  However, most of all other sports are easy to understand, at least in a rudimentary way, but it is not the case of taekwondo.

Endless ceremonies take place when a coach asks for time to review actions or the video replay.  It is time-consuming and meanwhile what spectators see is that the referee walks toward the coach who requested the review, bows in front of him and the coach gives the referee a colored card.  The referee walks back to the center and holds up the colored card, and then walks towards a table and hands out the colored card to three people, but before he makes sure to take a bow.  Then these three people, whom spectators don´t know who they are or what they do, decide to award the point or not.

“I think he is giving instructions” says Whenman who had earlier commented that he did not understand the signs on the scoreboard.

George Meredith Hardy, the lead producer for sports presentations at ExCel, says that part of the announcer´s job was to try to explain the spectators what was really happening on the mat, “we wanted to educate the spectators and make sure they understand what was happening in the fight”.  However, “taekwondo presents particular challenges” Hardy says, “because sometimes you see kicks that you think should result in a point, and they don´t”.

This confusion and lack of understanding should lead us to question whether Taekwondo is really an exciting sport to watch, not for the experts, but for people in general.

The WTF has been very proactive in innovation. Let´s recall that in the last eight years the reforms made to the sport itself have placed it in a high level around the world; however, undoubtedly, there is room for further improvement.

MasTaekwondo.com has recently presented various reports detailing the long road Taekwondo has travelled to become a more popular and successful sport in the social, cultural and sports areas.

The success in London 2012 was due, in large, to the electronic protector scoring system, although to Andrew Whenman was something incomprehensible.  This system wiped out the subjective bad decisions made by the referees and the scoring inconsistencies that before London 2012 were predictable.  Additionally, the three points per kick to the head challenged athletes.

The whole Taekwondo community was very happy and satisfied with the results and the positive changes, saying that the new rules brought more exciting fights and spectacular finishes.  However, it was not enough to thrill Sara, Andrew and Muriel, who represent the vast majority of people who watch Taekwondo as mere sports fans.

According to a report in the Korea Times, Taekwondo is currently in Ranking D, in the OIC Ranking detailing events between A and E in terms of television coverage revenue, a system that obviously favors sports with the highest audience rating.

Taekwondo´s next challenge is to generate excitement and understanding.  The WTF is betting on the Grand Prix.  Hopefully it will lead us to the highest and hopefully, a lady in Colombia, a man in Jakarta and a youngster in Guatemala can get excited to see Jade Jones, Brigitte Yagüe or Carlo Molffeta give a mondollyo chagui or a neryo chagui, the same way they would get excited to see Messi scoring a goal, Federer doing a spectacular slice or James doing an amazing successful shot in the NBA Finals.