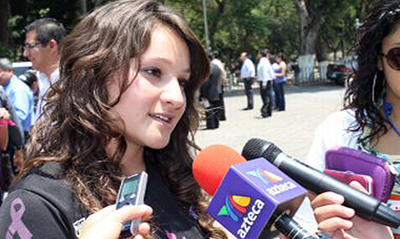 “This is the first time that this championship is held in the country, and for the last 14 years it has not been organized by an American country.  We expect the arrival of 160 national teams.  Until today we have registered 127.  Registrations close next Friday and we are sure we will reach the goal.  We have registered one thousand athletes out of the 1,500 we are expecting.  The city of Puebla will be filled with athletes, delegates, judges, referees, technical team, tourists and family” said Mata Zenteno.

The inauguration ceremony will take place on the 14th of July at 19:00 p.m. at the Convention and Exhibition Center, while the championship will be held at the same place from July 15-22 in three daily sessions.

“Competitions will start at nine in the morning, with preliminaries from 9 to 12 p.m.  The following session will begin at 2 to 5 p. The Semi Finals and Finals will be held from 7 – 9 p.m.  Tickets are available through the internet (Superboletos) and at the ticket window the days of the events.  The morning passes are free; in the afternoon the tickets are 20 Mexican Pesos and the events at night are 50 Mexican Pesos” said Mata Zenteno.

The official said that the rush in the city is increasing and the proof is the acceptance of the clock installed in the Zocalo, which reminds the days that are left for the opening day.

As far as the Mexican Team is concerned, Mata Zenteno, who also practices this discipline, said that the strong cards will be the Olympic Medalist Maria del Rosario Espinoza, and the Poblano, Damián Villa.

“We are very happy because the Mexican team is led by Maria del Rosario Espinoza, the Bronze Medalist in London and the Poblano, Damian Villa, Silver Medalist at the 2009 World Championships.  We have great talents as Idulio Islas, and Janet Alegría.  Out of the 16 athletes of the Mexican National Team, all of them have great chances”

Additionally, she recommended to make a special follow up to the North American Steven Lopez, who after Puebla, will retire, and he would surely want to say good by with a gold medal, which will enrich his resume having two Olympic gold medals and five World gold medals.