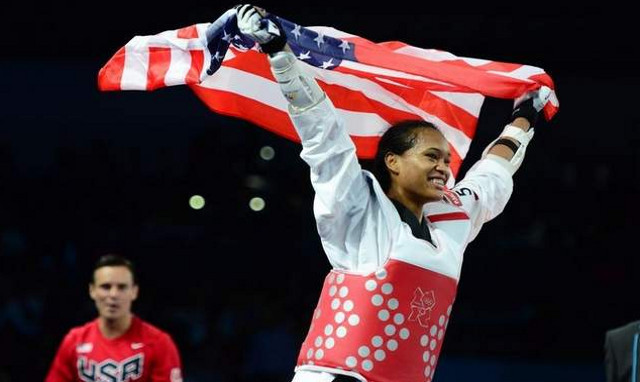 It would be easy for Paige McPherson to rest a bit on her laurels after winning a bronze medal in taekwondo at the 2012 Summer Olympics in London.

Yet, the Sturgis native is keeping busier than ever, not only in the sport, but with her education. McPherson recently added to her impressive competitive resume by winning the gold medal at the Spanish Open on May 4 in Alicante, Spain, as she prepares for the World Championships in Mexico in July.

One of McPherson’s goals in taekwondo is to win international events like she just did in Spain, win at the World Championships and continue to climb the ladder to the Olympics again.

“Right now taekwondo is a priority, but school is also,” said McPherson, who is taking classes at Miami Dade College, majoring in business. “I want to focus on my education, but my goal is also to get back to the Olympics in 2016. My dream has come true, but not all of the way. I’m just taking it one step at a time.”

McPherson, fighting as a welterweight, was the lone gold medal winner for the United States team that won four medals. She finished 4-0 in the tournament, opening with a 3-0 win over Niare of France before defeating a Spanish opponent 7-0. In the semifinals, she defeated Baryshnikova of Russia in the fourth-round (sudden death overtime).

In the finals, she defeated Izadi of Iran 3-1.

It was also a frantic day of fighting, she said, as it was in a small venue. After her opening win, McPherson had to wait nearly eight hours to fight again, something she admitted made her a little nervous.

“That day I had a really good mentality and I took any challenge to overcome it and rise above it,” McPherson said. “At the Olympics, it was like that and I ended up stiff in my second fight. Overall, I had really great support from my coaches and team mates.”

After the tournament, the USA team spent a week in Madrid training with the Spanish National Team.

“That definitely helped a lot,” McPherson said of the training. “It was a good experience to see what international teams do to get ready for competition. The Spain team took three to the Olympics and all three made it to the finals.”

In the meantime, McPherson is also working on her education. She is taking three online courses now as she works on her business degree.

“I’m getting all my requirements, my electives,” she said. “Then I’ll transfer to a university (possibly Florida International University).”

McPherson said business runs in her family, so when her taekwondo days are over, she’d like to start her own business career.

“I don’t know exactly what I want to do yet, but I have a lot of relatives who had their own businesses, so I might as well start my own, too,” she said.

McPherson will return to the Black Hills at the end of the summer for a cousin’s wedding. Although she lives in Florida, returning home is always a special part of her life.

“Coming back was a little overwhelming at first; when I came back previously it was fresh off of the Olympics and people were so excited and hyped up,” McPherson said. “But I love coming back home. It humbles me when I come back; it sets my priorities straight.”