As I mentioned in my presentation, every note will present a different story, and they probably will not summarize masTaekwondo.com complete history and neither of its creator´s. The assumption that it is impossible to tell a ten-year history in fifty lines produced these ten articles, the first of which you are reading today.  We hope they will help to understand and know the history of masTaekwondo.com.

2003, Buenos Aires Argentina.  Claudio Aranda wants to create a website for his athletes, a space to publish their tests results, an exclusive website for his gym.  He does not have in mind a global media which informs on a daily basis about World Championships, Olympic Games, and Pan-American Games.  He does not how nor does he know how much he loves it.

Everything works smoothly at the gym, among kicks and body protectors, however Mauro Barrionuevo´s ideas do not materialized nor are they put into practice.  They are just ideas he insist in materializing while Aranda refuses, for now. “Why don´t you create a journal instead of just a website?”  The question unsettles Aranda, who is not attracted to the “Barrionuevo formula” who also suggest that the journal has a forum space.  Finally Aranda accepts and gives Barrionuevo green light to start the project.

On March 22, 2003 masTaekwondo.com is officially created and three months later it publishes its first journalist report.  “It was constant.  All the work was made at the gym and it worked as an office.  Sometimes we trained and other times we worked for hours and hours at the website.  When we went to sports tournaments we distributed flyers so that people get to know the website” says Barrionuevo, who back then was studying Engineering.

At that time, there were only web pages from sports federations which informed about their athletes´ performances, their sponsors and its products.  “We did it for Taekwondo; we wanted to give a space to taekwondo athletes and practitioners.  Our goal was to convey our passion for Taekwondo” says Mauro.

“How is Argentina preparing for the World Championships?”  That was the title of one of masTaekwondo.com first reports.  It did not go unnoticed for the technical staff of the Argentina National Team that was preparing for the World Taekwondo Championships that was going to be held in Garmisch-Pantenkirchen,Germany.  Just a month had passed since its first report, a webpage that at first was intended to publish Claudio´s students’ adventures in the gym, and now this same website disturbed Argentina´s Taekwondo technical staff.  “We had just published our first report and it disturbed the executives of the Argentina Taekwondo Confederation, but mostly it disturbed the technical staff which back then was formed by Rodolfo Laborda, Ricarlo Puppo, Daria Bonfante” says Aranda. 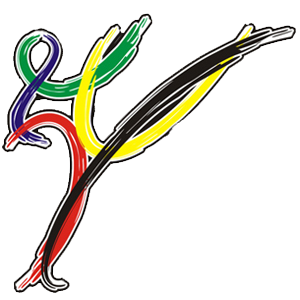 “When I learned that they were upset, I requested an appointment so they can express themselves and then make a report.  We agreed to meet at the CeNARD (Sports High Performance National Center) and everything turned out well.  That was our first interview to the National Team technical staff”, says Aranda proudly, knowing that after that interview he never stopped his adventure.

The reception office was in the first floor.  There was a computer, and most of the time two people.  “There it was—remembers Barrionuevo—the computer, in which we worked on all the updates and statistics of our website”.  The gym, located between Rocamora and Medrano streets at the Almagro neighborhood, had an entrance which opened directly to a ladder with direct access to the first floor.

Mauro Barrionuevo remembers every now and then of the website.  He feels proud of the achievements and feels he is part of the project that at the beginning was planned to be just a gym information site.  Barrionuevo is not part of the masTaekwondo.com team now, but undoubtedly he was one of the founders, although he does not recognize himself as one.

0 thoughts on “MasTaekwondo.com: The Birth of an Idea”