Additionally to the statistics data, we include statements given by the President and Secretary General who kindly gave us his comments on this important occasion. 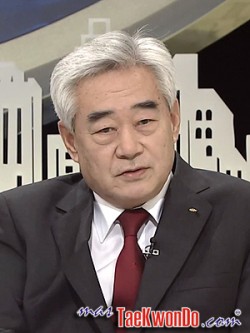 “It is always special to be with family on a big day, especially the 40thAnniversary of our organization. Becoming a part of the Olympic programme and having the most incredible taekwondo competition ever at the London 2012 Olympic Games were crowning moments for the WTF. For those reasons, it was extra special to spend the milestone of 40 years with the Olympic family here in St. Petersburg, Russia on the occasion of the ASOIF General Assembly, ASOIF-IOC EB joint meeting, and the SportAccord General Assembly and Convention.

Of course, our hearts and spirit are with all of the WTF family members today. We couldn’t have accomplished all that we have without them. But, we will have a great celebration with the Taekwondo family at the 8th WTF World Taekwondo Poomsae Championships in Bali, Indonesia.” 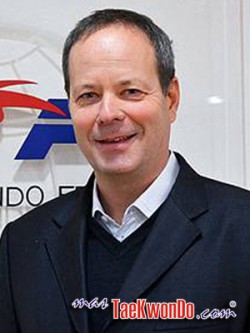 “As incredible as our short history has been, full of great accomplishments and achievements, the World Taekwondo Federation’s eyes are set towards new horizons. We have shown the world our innovation and value of fairness and transparency at the London Olympics, so now we look toward an even greater event in Rio.

Aside from the management and presentation of competition, we want to give our athletes every chance possible to fill the spotlight and to grow. I think that one of the ways that will help our athletes attain this is through the Grand Prix Series.

The goal of the WTF Grand Prix Series is to give athletes more experience in high level international competition.  This is going to increase the dynamic nature of the competition and give athletes a goal to aim for.

For the both the athletes and the sport, more exposure gains more attention. This will allow us the market our events better and gain more interest from sponsors and global partners.  Additionally, it gives a better and stronger path for fans to follow the top athletes to the Olympic Games.”

MasTaekwondo.com presents to all taekwondo community forty years of history; four decades that has placed taekwondo in the eyes of the world as the sport that has evolved the most in recent times.

A sport that was born in Korea and was opened to the world.

The 1st World Taekwondo Championships was held in Seoul, Korea.

The WTF was established.

WTF was affiliated to the GAISF (General Association of International Sports Federations).

Taekwondo was adopted by the CISM (International Council of Military Sports) as an official sport for the World Military Championships.

The WTF was recognized by the IOC at the 83rd IOC Session in Moscow.

SCSA (Supreme Council for Sports in Africa) adopted Taekwondo as an official sport of All Africa Games.

Taekwondo participated in the 24th Olympic Games in Seoul as a demonstration sport.

Taekwondo participated in the 25th Olympic Games in Barcelona as a demonstration sport.

Taekwondo was adopted as an official sport of the Sydney 2000 Olympic Games at the 103rd IOC Session in Paris.

The WTF was affiliated to the ASOIF(Association of Summer Olympic International Federations).

IOC Executive Board decided at its meeting in Cancun, Mexico to increase taekwondo quota at Sydney Olympic Games from 64 to 100.

Taekwondo was adopted as an official sport of World Military Games.

FISU Executive Board meeting in Beijing selected Daegu, Korea as the host city of the 22nd Summer Universiade in 2003 and Taekwondo was included in the 2003 Universiade as an optional sport.

Taekwondo participated in the 27th Olympic Games in Sydney as an official sport. (Total entry: 103, in respective 4 weight categories for men and women, including 8 for hosting country and 7 wild cards) (wild card was supposed to be 4 originally but later rose to 7, making the total entry from 100 to 103.

IOC Executive Board confirmed taekwondo as an official sport of Athens 2004 Olympic Games.

Chinese Olympic Committee announced that Taekwondo will participate in the Chinese National Athletic Meet to be held in November 2001 for the first time. This national sport event of China with 1.2 billion population is held every four years.

FISU Executive Committee Meeting in Tarvisio, Italy decided to include Taekwondo also in 23rd Summer Universiade to be held in Izmir, Turkey on July 16-26, 2005 as an optional sport.

Participation of Taekwondo in Beijing 2008 Olympic Games as an official sport was confirmed at the 114th Session of the IOC held in Mexico City, Mexico. It decided to sustain the size of the Summer Olympic Games to 28 sports, 301 events and 10,500 athletes. And it also decided to review the whole Olympic programs after each Olympic Games.

Dr. Sun Jae Park was elected Acting President for the remaining term of office of Dr. Un Yong Kim at the extraordinary Executive Council Meeting held in Bangkok, Thailand on the occasion of Asian Qualification Tournament for Athens Olympic Games.

Dr. Chungwon CHOUE was elected as new president of the WTF for the remaining term of office of Dr. Un Yong Kim at the extraordinary General Assembly held in Incheon, Korea.

Taekwondo participated in 28th Olympic Games in Athens with an attendance of 64 males and 60 females from 60 nations and 24 International Referees.

FISU decided at its Executive Committee meeting in Insbruck, Austria to include Taekwondo in the Universiade to be held in Bangkok, Thailand in 2007.

The 1st WTF Reform Committee Meeting was held in Seoul, Korea and the current status of all parts of taekwondo and the WTF was examined.

Dr. Chungwon Choue was elected at the WTF General Assembly held in Madrid, Spain on the occasion of 2005 WTF World Taekwondo Championships.

The 1st demonstration of electronic protector was made on the occasion of the extraordinary WTF Executive Council Meeting held in Seoul, Korea.

IOC Executive Board decided at its meeting in Turin, Italy to expand the number of taekwondo entry in Beijing 2008 Olympic Games from 124 to 128 (two males and two females were added in consideration of the new establishment of Oceania Taekwondo Union).

The number of member nations rose to 182 at the 17th WTF General Assembly held in Hochiminh City, Vietnam on July 25, 2006.

At the WTF Executive Council Meeting and General Assembly, September 4 was designated as Taekwondo Day in consideration of the fact that taekwondo was included in the Sydney 2000 Olympic Games as an official program at the 103rd IOC Session held in Paris on September 4, 1994.

WTF Lausanne liaison office at the MSI in Lausanne opened.

Dr. Jean-Marie Ayer was appointed as WTF Attache in Lausanne.

FISU Executive Committee held in Torino confirmed the eight optional sports for 2009 Belgrade Universiade, including taekwondo, which is four consecutive inclusion in Summer Universiade as an optional sport since 2003.

WTF Executive Committee held at Gangcheon Resort in Chuncheon, Korea examined the acceptability of electronic protector and decided not to use it at the 2007 Beijing WTF World Taekwondo Championships and 2008 Beijing Olympic Games taekwondo competition.

The 18th WTF General Assembly approved to new members, bringing the total number of member nations to 184. It also ratified Poomsae competition uniform. (Poomsae competition uniform was first presented at WTF Executive Committee held in Chuncheon, Korea on Mar. 5, 2007 and was approved at WTF Council Meeting held in Beijing, China on May 15, 2007.)

Singapore was selected as the host city of 2010 inaugural Youth Olympic Games, in which 100 taekwondo athletes will participate (64 entries in qualification tournament plus 36 universality places).

Taekwondo competition of the 29th Olympic Games was held in Beijing, China with participation of 128 athletes, 64 male and 64 female, from 64 nations.

East Timor became a member of the WTF, bringing the total number of its members to 189.

First WTF World Para-Taekwondo Championships were held in Baku, Azerbaijan on the occasion of the 2009 WTF World Cup Taekwondo Team Championships held in the same place. Athletes’ eligibility in disability was limited to those with amputation in hands and arms holding color belts and above in taekwondo. Duration of one round was one minute and attacks to the head was not allowed in consideration of the safety of athletes.

Kyorugi and Poomsae were both competed in the 2009 Summer Universiade held in Belgrade, Serbia, in which taekwondo participated as an optional sport.

The 1st World Youth Taekwondo Camp was held in Muju and Seoul, Korea in joint organization of the WTF and the Taekwondo Promotion Foundation as an annual event.

FISU Executive Committee held in Erzurum, Turkey decided to include taekwondo in the official program of the Summer Universiade from 2017 onwards as a compulsory sport.

GAISF had an extraordinary GA in Dubai, UAE at 08:30am during SportAccord Convention and dissolved GAISF. SportAccord held statutory GA in the same place at 09:00am.

Commonwealth Games Federation (CGF) informed WTF that taekwondo was approved by CGF Sport Committee and Executive Board at the meeting held in London as Category 2 sport (optional sport that can be included by the host city in addition to 10 core sports) beginning in the 21st Commonwealth Games in 2018.

Taekwondo was competed in respective five weight categories for men and women at the 1st Youth Olympic Games held in Singapore with the age of the athletes being 16-17 years old.

1st SportAccord (World) Combat Games were held in Beijing, China with taekwondo being competed in four Olympic weight categories in men and women.

WTF Global Athlete Licence (GAL) was implemented in the beginning of 2011 and first introduced in the WTF-promoted championships at the 2011 WTF World Taekwondo Championships held in Gyeongju, Korea on May 1-6, 2011.

Taekwondo made a debut at the 2011 European Masters Games held in Lignano, Italy with taekwondo competition conducted in respective four Olympic weight categories in men and women in Kyorugi and individual, pair and team divisions in Poomsae.

(taekwondo competition will make a debut at the 2013 World Masters Games to be held in Torino, Italy on August 8-10, 2013 in the same weight categories in Kyorugi and same divisions in Poomsae.)

WTF Medical Code and Bylaws on Betting and Anti-Corruption were enacted at the WTF Council Meeting held in Sharm El Sheikh, Egypt on the occasion of the 2012 WTF World Junior Taekwondo Championships.

Sierra Leon became a provisional member of the WTF, bringing the total membership of the WTF to 204.

IOC Executive Board at its meeting in Lausanne selected 25 core sports for 2020 Olympic Games, including taekwondo, subject to approval by the IOC Session to be held in Buenos Aires, Argentina on September 7-10, 2013.

IOC Session will be held in Buenos Aires, Argentina in which final IOC decision on 25 core sports for 2020 Olympic Games.