As I told you in my first article last week (masTaekwondo.com: “The birth of an idea”), this on-line newspaper was born in mid 2003, and a lot of things happened before the story that I will tell you today occurred.

masTaekwondo.com was growing  and became increasingly popular, mainly in its home country, Argentina, generating a lot of fans and readers, but also,  a few enemies.  The forum that masTaekwondo.com had in its webpage was literally  “a hell”, in which many internal affairs of the Argentina taekwondo leaderships were revealed and at times it seemed impossible to handle. 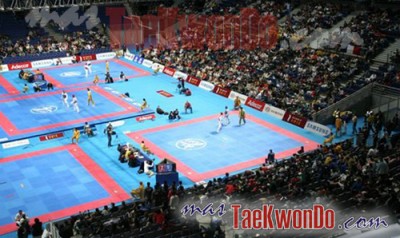 In 2004 all was focused on the Olympics in Athens, Greece and in the international scandal that led Kim Un-Yong, WTF President and IOC Vice-President back then, to jail.  Kim would be replaced in the WTF leadership until the next elections by Dr. Chungwon Choue.

2005 would position masTaekwondo.com in the first World Taekwondo Championships in Madrid, where Rodrigo Conde captured hundreds of exclusive images and information regarding this event that placed the three Lopez brothers of the United States, as World Champions, a historic fact in our sport.  During this year, masTaekwondo.com had a wide coverage of Dr. Choue´s reelection and the approval of the first World Poomsae Championship.

The bubble in the Metropolitan Federation 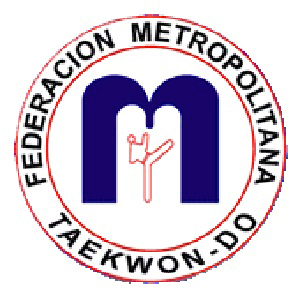 Going back to Argentina, during those days back in 2005, masTaekwondo.com was working on its first journalistic investigation on a sports institution, the Taekwondo Metropolitan Federation, the “Metro”, as it is commonly known, the institution in charge of taekwondo in Buenos Aires.

Just imagine a Federation dedicated to teaching taekwondo free to youngsters from 14-18 years old.  Imagine, also, this same institution offering jobs to coaches to teach these young boys and girls.  Additionally, think about the Federation getting municipal sports centers to teach taekwondo in each of them.  “There are eleven open positions for taekwondo coaches to teach taekwondo in the Municipals Sports Centers located in the city.  Those interested should send their curriculum through the president of their federation associated to the Taekwondo Metropolitan Federation.  The selected coaches will have a $400.00 monthly salary” published the Metropolitan Federation back then.

Now, I want you to continue our imaginative journey, thinking about an honorable committee, fair and just, thinking only about the needy and poor, providing jobs to those who truly need them, and leaving out the favoritism and giving jobs to relatives or friends, something very usual in Argentina.  The bubble is good; there are municipal sports centers, money to pay coaches and eagerness to grow…until the Metro publishes the following:  “The Buenos Aires government introduced taekwondo to three municipal sports centers which will be in charge of three outstanding coaches of our Federation.  The Parque Chacabuco center will be in charge of coach Mirta Gonzalez; the Parque Avellaneda center will in charge of coach José Carbonel and the Parque Patricios center will be in charge of Master Abel Salim”.

“It was a blow.  Carlos Algranati, who was the Metro president back then, was supposed to get the Municipal Sports Centers and was going to get a coach for each of them.  They were asking to send a CV to make the selection.  However, none of the applicants who sent their CV was granted the job.  They gave the job to Mirta González, Algranati´s partner, who additionally was part of the Accounting Fiscalization Committee at the Metro itself.  And another job was given to Abel Salim, Vice-President of the Taekwondo Metropolitan Federation” remembers Claudio Aranda, who was part of the investigation team.  And this is it…the bubble explodes.  The Taekwondo Metropolitan Federation informed that the positions, which were supposed to be given to the people who sent their CV, were granted to people who had a close relationship to the president and to the vice-president Salim.

A last request.  What would happen if in addition to give the job to their relatives and friends, one of these people, is also granted a social government aid called “Plan Jefes de Hogar” (Chief of Homes Plan)?  “The surprising reality arouse when we had access to information from the Ministry of Labor and Social and Security Affairs of the Republic of Argentina, where we discovered that Mirta Beatriz González, besides receiving the $400.00 for teaching taekwondo classes at the Parque Chacabuco Center, was a beneficiary of the social government assistance.  We were facing not only an ethical misconduct within the institution due to the fact that the people in charge of the selection showed favoritism in the granting jobs to relatives, but also we were witnesses of an act that not only affected taekwondo, but society itself, and especially the most needed, the target of the social programs”, stated  masTaekwondo.com first investigative report.

“The Taekwondo Metropolitan Federation shows a complete lack of ethics and morality” was the title of the report, that as Claudio says, did not have major consequences.  Later, when masTaekwondo.com contacted the Metro to know reactions from them, the Secretary General, Jorge Ruffinni, confirmed that Salim was not a beneficiary and in the same day, they published a corrected text in which they stated that the vice-president was no longer a part of the select group of coaches.

“A year before the Metropolitan Taekwondo Team members requested better conditions to train” said the original report in the final paragraphs, and then ended by saying:  “The improvements were made, but not exactly where the boys and girls asked”.  There were many voices in favor of the investigation, however in some cases there were sanctions to the people who did it from part of the Metro.

masTaekwondo.com had been “on the air” for about two years and still was focused on the Argentine taekwondo news.  The Metropolitan Federation bubble disappeared and the sad reality came out thanks to the masTaekwondo.com investigation which was starting to generate great concern and annoyance to the powerful taekwondo leadership in Argentina, who so far enjoyed great impunity.