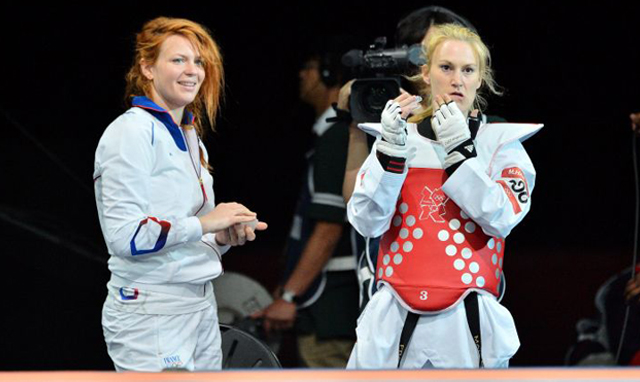 Harnois in an interview with AFP, said that her coach, Myriam Baverel, had regularly insulted and humiliated her, under the authority of the national technical director Philippe Bouedo.

“There were insults, threats, moral harassment, violent verbal abuses, sometimes slaps,” said Harnois. “I always accepted it because I was always forced to work with Myriam in order to be part of the France team and realise my dream of going to the Games”.

She added that both of them had effectively forced her into a fake marriage for the purpose of representing the team. “If you want to stay in France, you get married or you get out”, “this is what they told me”, she said.

Norbal said to AFP, saying the pair were separated by the time of the marriage. “It was a fake marriage,” he said. “I did it as a service to her because if not she was going back to Canada.”

“This is an athlete who has cracked up after the Games. She is clueless,” Bouedo said, suggesting that there were possible financial reasons for Harnois’ claims.

Baverel said he did not remember specifics: “It is difficult to contextualise situations. I’m hard on her because I have someone hard in front of me. It’s absolutely not me who advised her to marry. A fake marriage is very serious.”

A fellow team-mate, Maeva Coutant, who also recently left the team, said she had witnessed the incidents between Baverel and Harnois.

“It is abhorrent what she had to endure,” Coutant said. “It was shocking. That abuse was always there, she didn’t deserve the treatment, but at the same time you didn’t see her react to it.”

Harnois added that she did not want to pursue a complaint against the federation, but has written to the Sports Minister, who has summoned Bouedo and his deputy.