Basically it is the channel through which international sports events are organized, being Olympic sports or non Olympic sports.  The SportAccord annual convention is taking place these days, and we will give you some details about it. 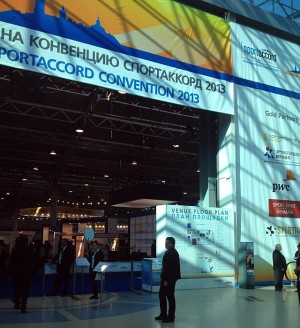 During this meeting, representatives of more than one hundred international federations share ideas, build relationships, expand the horizon and maximize the collective efforts in benefit of sports in general.

It is important to emphasize that the International Olympic Committee gives full support to this Convention, as it holds its Executive Committee spring meeting during the SportAccord.

This year representatives of the international federations are gathered since May 26, 2013 in Saint Petersburg, Russia; meetings will continue today holding the General Assembly of the Association of Summer Olympic International Federations (ASOIF), finalizing next Friday, May 31 with the SportAccord General Assembly.

During the last ten years, this convention has become the perfect platform to heighten the character and importance of sports, and for taekwondo it is an opportunity to join forces and share with the Olympic family.

“Stay tuned” as masTaekwondo.com will bring you details of this and other important events around the world.