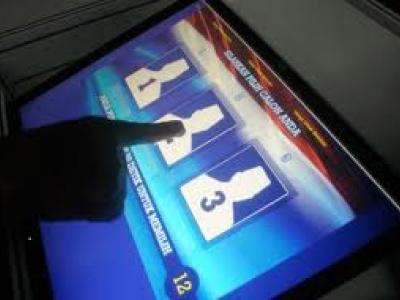 Let us begin by saying that out of the 204 member nations that are affiliated to the World Taekwondo Federation, only 142 are active. What does “active” mean?  According to the WTF Statutes an “active” federation or association is the one that compulsorily participates in the World Championships, Senior and Junior, and that has already paid its affiliation fee.  Out of 142 member nations mentioned, only 136 have the right to vote.  Why only 136 have the right to vote?  It is because the other six federations or associations are affiliated to another MNA.  For example, Macau belongs to China and therefore does not have the right to vote.

Why can´t the other member nations vote? Because either they did not send at least two athletes to the one of the last two World Championships or they have failed to pay their affiliation fee.

After analyzing the quantity of MNA´s with right to vote, let us move to the moment of issuing the vote itself, this time with a new electronic voting system, a procedure that will be even more modern and agile.

Each voter will have the right to vote for the following positions:

You may wonder why only fourteen candidates for the Council if there are 24 positions in the Council.  The answer is that out of the 24 members forming the WTF Council, 14 members are elected during the official elections; among these fourteen there must be at least one representative of each continental union and a maximum of five.

After this procedure is completed, the elected President have the privilege to choose the Secretary General, the Treasurer, three Vice-Presidents and 10 WTF Council Members; among these council members there must be two former athletes, one man and one woman, having eight years of retirement from sports competitions.  The elected president must consider these criteria when selecting his collaborators:

In this way, the WTF Council completes 24 members.

masTaekwondo.com´s commitment to bring you details of this important process within our sports governing body is firm. We will keep you posted.