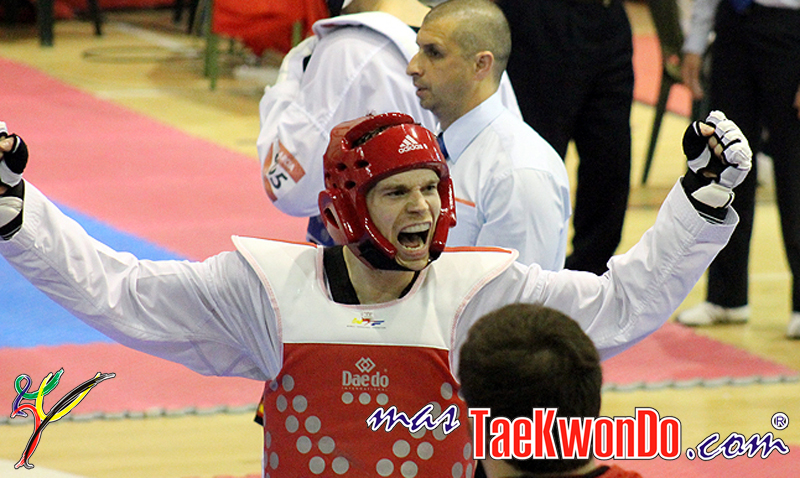 The Spanish tatami was no exception; Aaron started Saturday morning sweeping rivals as if he had a real hunger for success, showing on his dobok the acronym IMN (Isle of Man), nation which he is currently representing after all the controversies generated in 2012 that kept him out of the Olympics.  His brother is coaching him now.

After being left out of the Olympics, Aaron repeatedly said that if they would have let him be part of the Great Britain Olympic Team in London 2012, he would have certainly reached a major medal because he had defeated twice Argentina’s Sebastian Crismanich, who eventually became champion.  At the final combat at the Spanish Open, he fought against the Olympic silver medalist, Nicolas Garcia.

Cook reached the final after defeating with great energy all his rivals with points and even with KO´s, and at the Final he showed the same vitality and determination he did in his first fight, as if the twelve rounds that he had accumulated during the day had not made a dent in him.

Nicolas Garcia could not stop the “Dorchester machine” that attacked him with all possible weapons from the start of the first round to the end of the third. A fair victory for an athlete that has demonstrated to have real blood of fighter for several years.