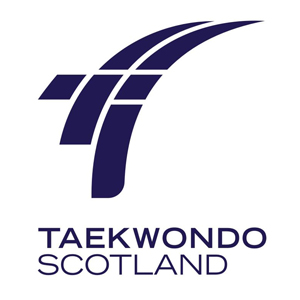 Mr. Jakubiak explained to us that Taekwondo Scotland is the only official institution of Taekwondo in Scotland, recognized by the British Taekwondo:  the Governing Body associated to the World Taekwondo Federation in the United Kingdom.  (The United Kingdom consists of Scotland, England, Wales and Northern Ireland).

The British Taekwondo is member of the WTF, British Olympic Association (BOA), the European Taekwondo Union (ETU) and it is recognized by UK Sport, the government agency for High Performance Sports, as well as by Sport England as the national governing body for the WTF in the United Kingdom.

“Scotland’s high performance sport Taekwondo programme has been in place for the past two years and we have already developed some outstanding young players such as Junior World Championship medallist Asia Bailey, Cadet Champion Jordyn Smith and others” explained Mr. Nikos Jakubiak.

In July 2013, Scotland Taekwondo is preparing a training camp in Edinburgh, Scotland, which will last three days. “This will be another excellent opportunity for our players to receive some sport specific intense training focused around sparring” continued explaining the National Coach.

According to the organization committee, this event will not generate financial benefits, because as they expressed: “We do not make any profit out of these camps.  Our only intention is to bring coaches and players to one place and have a great time trying to make the way we practice sport Taekwondo as effective and productive as possible.”

The Training Camp will begin on the afternoon of Friday July 26 and will be completed by the evening of Sunday July 28. Registration fee will include: accommodation, food, hall hire and electronic equipment costs. Edinburgh airport is the best option to fly as it is located near the venue.  The deadline for registration is June 28, 2013.