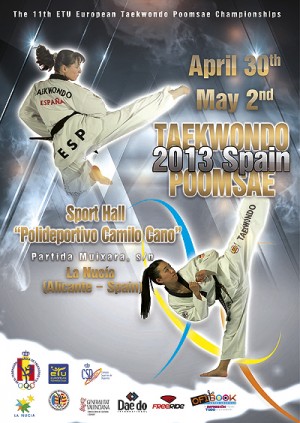 2,000 athletes from 50 countries will participate in the competitions, among them 20 Olympic medalists at London 2012: the Spanish Joel Gonzalez, unique Spanish gold in the London Olympics and Laura Kim from Alicante. These international events will be attended by Alejandro Blanco, President of the Spanish OlympicCommittee and Miguel Cardenal, Secretary of the Sports Ministry.

For three days, from April 30 to May 2, La Nucia will be the“European Capital of Taekwondo”with the celebration of the 11th ETU European Taekwondo Poomsae Championships. Once again the excellent sports facilities in La Nucia made that the European Taekwondo Union and Royal Spanish Taekwondo Federation chose this beautiful city as host for this continental competition. 320 competitors from 27 countries will compete for three intense days for the European podium in Taekwondo. This is the first time that the European Taekwondo Poomsae Championships is organized by Spain. Among the outstanding athletes in the Spanish delegation can be mentioned Laura Kim, Alicante, and Kim Jeong Cheol (World Champions) and Alberto Jo Lee, World Silver Medalist, known for his role as a film and TV series actor.

La Nucia has been assigned as the “European Sports Villa 2013”. This is a historic event as it is the first European Championship held in La Nucia. Its significance will be highlighted even more by the presence of important representatives of many sports institutions as Miguel Cardenal, State Minister for Sports, Alejandro Blanco, President of the Spanish Olympic Committee, Chungwon Choue, President of the World Taekwondo Federation and Anastasios Pragalos, President of the European Taekwondo Union. 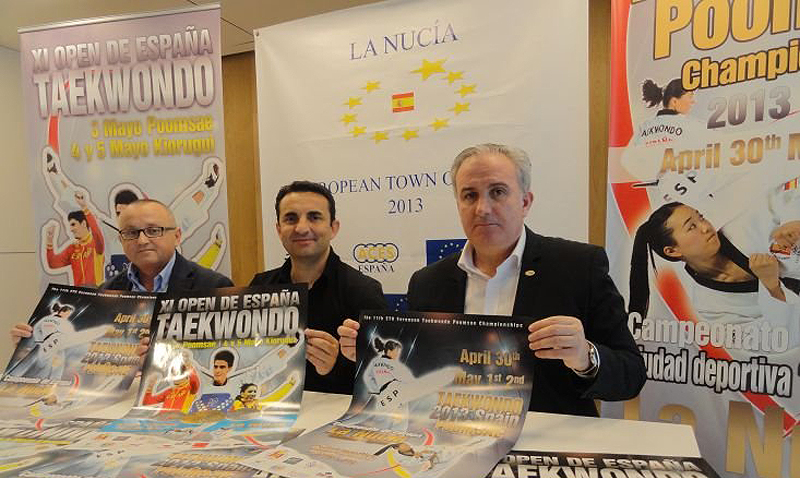 Soon after the European Championship, the 11th Spanish Taekwondo Open will be held in La Nucia on May 3-5 including kiorugui and poomsae (technique). This event will gather 1,650 athletes from 50 countries and around 500 technical staff. This international competition, with eight competition areas and sanctioned by the WTF (World Taekwondo Federation) will serve as preparation for the upcoming World Championships to be held in July in Puebla, Mexico. That is why so many continental and world champions are coming to the appointment, as Aron Cook, Karami, Magomedov, Braganca, Pozan, Sangue, Denisenko, Azizov, Yeremyan, Lutalo and Spanish Joel Gonzalez in men category and Elizabeth Zamora, Yildirim, Jade Jons, Niare Haby, Nur Tatar, Caroline Graffe, Milica Mandic, Epangue or Laura Kim in female category.

Taking advantage of this double appointment in the Spanish and World Taekwondo calendar, the Royal Spanish Taekwondo Federation Award Gala will be held at the l’Auditori de la Mediterrànea on Thursday, May 2 at 8:00 p.m. Prizes for the London 2012 Olympic medalists, Joel Gonzalez (gold), Nicolas Garcia (silver)and Brigitte Yague (silver)will be awarded.