As informed in due time by masTaekwondo.com (see: Taekwondo, present in the 1st European Games), during the General Assembly, held in Rome last December, the European Olympic Committees (EOC) gave green light to the creation of the European Games, which will take place every four years and will have Taekwondo as one of its main sports.

The EOC´s decision ends several years of debate, with the motion passing with 38 votes in favor, eight against and three abstaining.

Baku, capital of Azerbaijan, was the sole candidate city to host the first Games scheduled for 2015 and which will always be celebrated in the year previous to an Olympic Games. 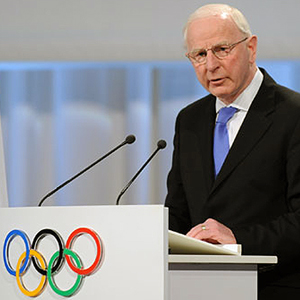 The EOC President Mr. Patrick Hickey, who had championed the concept of the European Games over the last years, finally saw his project approved by the National Olympic Committees of the European nations. “These first games will be very much a trial and test run for a huge event in 2019. My idea is that this would become a qualifier for the Olympic Games in 2020 for certain sports. We have to negotiate with certain federations” declared Mr. Hickey.

Up to 7,000 athletes are expected to compete in 2015 in the first European Games, which is seen as answer to other Games which are currently in place on other continents, such as the Asian Games and the Pan-American Games.

The above sports seem to be confirmed in the calendar for Baku 2015. Despite the green light for the Games, there are still some doubts over the involvement of the two major sports –athletics and swimming-, both having already continental competitions. In 2015 the World Athletics Championships will be held in Beijing in August, while the swimming equivalent is scheduled for July in Kazan, Russia. An European Athletics statement reads: “2015 is not possible for us, as we have already have contractual obligations to honor”

Nowadays, though, the future is requesting a strong coordination between sports bodies and other parties such as television for example, in order to be successful. If this coordination can be achieved, then European Athletics is open to looking to such solutions.