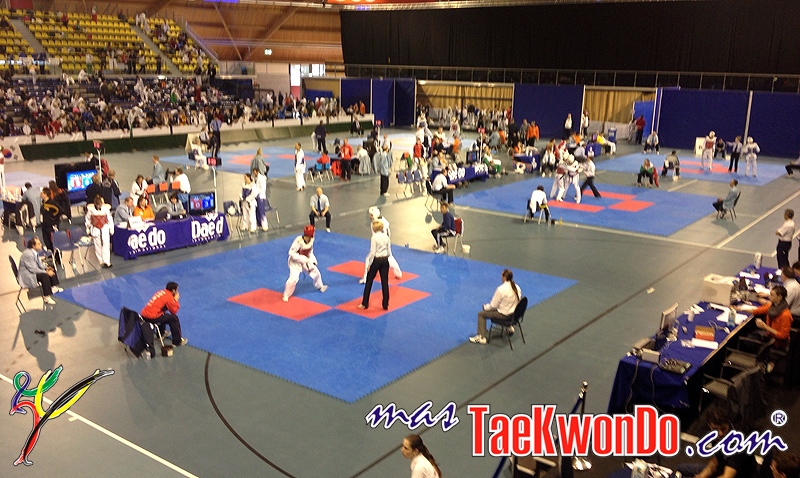 The events, that form the first circuit of the European Open tournaments, would not award any points to the WTF World Ranking, so many teams have decided that their athletes do not participate in their weight division, especially in cases where the effort to get into the category is too large.

Last year, though, the only tournament that awarded points to the WTF Ranking was the German Open, while neither Holland nor Belgium awarded points last year. This time, so far none of the three will.

The European opens that apparently will have more interest amont athletes and coaches are the Spain Open and the Suisse Open as both events will award WTF Ranking points. Furthermore, both events could offer added values: there is the possibility that along with the Spain Open, the European Poomsae Championships would be held. And, as masTaekwondo.com informed in due time, the World Para-Taekwondo Championship will be held in Switzerland next June.

It is also important to note that during the Swiss Open, the WTF Executive Council will hold their meeting, just one month before the 2013 World Taekwondo Senior Championships in Puebla, Mexico.

So far in 2013, the tournaments that have awarded points to the WTF Ranking have been: the U.S. Open, the Alexandria Open and the Fujairah Open.